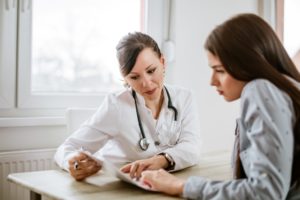 For sale: Permira is evaluating the sale of LSNE, an expert in freeze-drying processes that help keep drugs and medical devices sterile, according to four sources familiar with the firm’s plans.

The global private equity firm has mandated RBC Capital Markets to provide sell-side financial advice on a process, two of the people said.

Freeze drying, also known as lyophilization, is a tricky but valuable offering, as one source put it. “Most biologics and most of your vaccines are all sterile, so covid vaccines are all sterile,” one source familiar with the company said. That said, this person cautioned, “once a bug gets in, it ruins everything. A lot of guys worry about the challenges of keeping things sterile.”

As LSNE comes to market, sources say to keep an eye on another similar company that has grown quite sizable in recent years. That is, Grand River Aseptic Manufacturing, an almost four-year old portfolio company of Arlington Capital Partners, a Chevy Case, Maryland-based mid-market firm.

On the move: Is it just me, or is everyone changing jobs these days? Today we’ve got news of another: Regal Healthcare Capital Partners is adding seasoned healthcare investor Joseph Ibrahim, PE Hub has learned. Ibrahim, who joined as a managing director, has previous experience at MBF Healthcare Partners and The Riverside Company.

The new hire comes after Regal HCP, a healthcare services firm launched in early 2018, generated a lot of momentum in recent weeks with its first partial exits out of Fund I and Fund II. The firm was set to return almost 1.7x of Fund 2 to investors after selling a stake in mental health provider Thriveworks, according to an LP letter received previously by PE Hub. Around the same time, its partial exit of Dental365, announced just days earlier, was set to return over half of Fund 1 to investors, the letter said.

Read it on PE Hub.

Secondaries craze: Elsewhere, we’ve got yet another firm buying its way into the secondaries space. CVC Capital Partners confirmed it is to merge with secondaries firm Glendower Capital in the latest in a slew of M&A processes involving secondaries firms, writes PE Hub affiliate Secondaries Investor.

Europe’s largest private equity firm by assets under management will combine with the London-headquartered secondaries specialist to create a roughly €113 billion investment firm, according to a statement. Glendower’s senior management will continue to lead the team, which will operate independently under its established brand name, the statement noted.

That’s all I got! Have an awesome week ahead, and as always, reach me with tips n’ gossip, feedback or anything else at springle@buyoutsinsider.com.