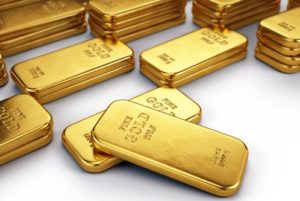 The total is also a significant increase from Pine Brook’s first fund, which raised $1.4 billion in 2009. Fund I is generating a net internal rate of return of 16.2 percent as of Sept. 30 and a 1.5x multiple, according to the Oregon Public Employees Retirement Fund.

Credit Suisse was the placement agent for Fund II.

New investors in the second fund included the New Mexico Educational Retirement Board, the General Electric Pension and the Nebraska Investment Council. The second pool also attracted overseas investors such as Geneva-based Unigestion, peHUB has learned.

“We are delighted with our success in raising a second fund and are fortunate to have such strong support from the investment community,” said Howard Newman, president and CEO of Pine Brook, in a statement.

Despite the success of its debut pool, Pine Brook still found the fundraising market challenging, Gantz said. There is much competition in the fundraising market with many funds looking to raise big pools. Stone Point Capital is currently seeking $4.5 billion with its sixth fund, while Welsh Carson Anderson & Stowe is targeting $3 billion for its next fund.

Pine Brook began marketing for Fund II in second quarter 2012, Gantz said. The New York PE firm doesn’t consider itself a buyout shop; Pine Brook typically does not use debt to buy businesses, he said. Instead, the firm likes to invest equity in management teams to launch new businesses. “We are not a generalist fund but an energy and financial services fund. Sometimes it takes longer to tell our story,” he said.

Pine Brook is also one of the few funds finding success in the financial services market. In 2012, Pine Brook invested $45 million in Community Trust Financial Corp. and reinvested in Green Bank. Pine Brook was also the driving force behind the formation of Essent Group, a mortgage insurance company that went public in 2013. “We started that company basically on a piece of paper,” Gantz said.

Due to increased regulatory scrutiny around financial services, many investors needed “a bit longer” to understand the value Pine Brook brings, Gantz said. “With Fund I, people will be quite surprised at how well our portfolio performed with financial services,” he added.

Pine Brook typically invests from $150 million to $200 million equity per deal. The firm often brings in co-investors, including their LPs, to supplement. Fund II has already invested in five companies in the last seven months, including Saguaro Resources, Brigham Resources and Elevation Resources. “We were able to show LPs the kinds of things we are doing. There is no style drift,” Gantz said.