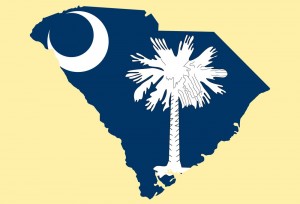 Although Hershel Harper was formally named the new chief investment officer of the $25 billion South Carolina Retirement Systems, the appointment was overshadowed by a pitched drama took that place among feuding members of the commission that oversees the pension fund, according to Buyouts, peHUB’s sister magazine.

In a unanimous vote, the South Carolina Retirement System Investment Commission authorized an investigation into its chairman, Reynolds Williams, after another commissioner, State Treasurer Curtis Loftis Jr., accused Williams of helping to steer $100 million in pension money to American Timberlands, a firm that invests in forest land and which happens to be a client of Williams’s law firm.

But Williams did not step down from his chairmanship following the vote to investigate, prompting Loftis to force a motion asking the commissioners to formally remove him. The motion deadlocked in a 3-3 tie and Williams remains chairman.

“The chairman has an immense amount of responsibility,” said Loftis, according to the Associated Press. “I don’t think that person, while under a significant amount of investigation, should be chairman.”

Williams defended himself, saying he did nothing wrong and instructed his employees to give their full support to the probe. “I disclosed my firm’s attorney-client relationship from the very beginning. I put it in writing,” he said, according to the AP. “I never attempted to influence any commissioners. I took a hands-off attitude and publicly recused myself when the vote came up and explained my reasons for recusing. And I believe that’s all I’m required to do.”

But Loftis’s feuding has included a fresh threat to stop writing checks to fund previously authorized contracts with alternative investment firms, saying he isn’t comfortable signing over the promised money without knowing or understanding of the contract’s terms.  “It’s a good chance that is going to happen,” Loftis told The State newspaper.

The threat to withhold funds prompted Williams to declare that by not signing checks, Loftis would expose South Carolina to breach of contract lawsuits. “Not funding an authorized investment would be a breach of fiduciary duty,” said Williams, according to The State.

Frustrated by the acrid debate, one of the commissioners, James Powers, criticized the infighting: “We need to move ahead. We’re demeaning ourselves. We’re beating staff up. Let’s move ahead. Please, for God’s sake.”

It isn’t the first time that Loftis has publicly squabbled with pension commissioners and officials. Last December, Loftis was ultimately successful in getting the state pension’s prior chief investment officer, Robert Borden, to resign. The two had clashed publicly over Borden’s compensation, his effort to create a state-run independent company to help manage the pension’s assets, and his moves to increase the state’s allocation to alternative assets.

As of March 2012, the system had 9 percent, or $2.3 billion, of its assets in invested private equity capital.

Ultimately, Borden’s bonus was rejected by the commission and his proposed state-run investment company was rejected by then-Gov. Mark Sanford. Soon after, Borden left to join FTA Partners, a multi-family office in North Carolina, and the role as chief investment officer was given over, on an interim basis, to Harper, who had been his deputy. Harper initially joined the South Carolina pension four years ago.

In an official statement, Williams lauded Harper’s appointment, saying that he “has done an outstanding job leading our staff, helping to turn the organization and the state of South Carolina into a leader in the public pension world.”