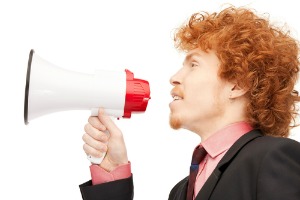 What’s the value of PR for a startup?

You hear different schools of thought.

Many (probably most) investors say that it’s not that important, especially early on. Funding announcements especially are great for one’s ego, but not a big deal. Some companies do a great job making a splash, others don’t. Who cares.

But many founders do invest time and energy in early PR. They take a lot of care into crafting an announcement and making sure it is heard. Of course, those founders know that PR doesn’t matter if your product stinks. They also know that it only ups the ante a bit among the tech crowd when a company is heavily hyped.

I’ve been thinking about this a bit recently. I have three disconnected thoughts.

1. Objectively, there is value to funding announcements. It helps mainly with recruiting, establishing credibility with potential partners,etc. It’s a small but not massive benefit. There is also a small benefit of getting awareness among the investor or tech community who might be your early adopters, or at least the kind of folks who might spread the good or bad word about your product once they try it.

2. Overall, I think PR matters. It doesn’t matter as much as it might seem when you make a splash in a major publication or blog. But I don’t believe that it’s not important. It is a tool in a marketer’s arsenal, and it’s potentially a very cheap and powerful one. It’s good hygiene to pay attention to it, just like it’s good hygiene to set up a good analytics and reporting infrastructure or to be methodical about online marketing experiments. Sometimes, a company can get a lot of mileage from flashy things like writing a book, dressing up in a monkey suit, or rickshaws at SXSW. But often, it’s much smaller stuff that keeps the ball rolling each day.

3. Most importantly, PR isn’t about a press release or getting an article in Techcrunch. It’s also not about crazy stunts or clever splash pages. It’s about telling your company’s story repeatedly to the people who need to hear it. If your company’s story doesn’t matter, maybe your company doesn’t either. Seriously. And if you can’t tell your story in a way that compels people to act, I think you should ask yourself why. And if no one is paying attention (especially if you are in a secondary market) make people pay attention.

I really try to only invest in a company if I believe the founders have a story to tell that their customers are dying to hear. You have to build a product that delivers on that story, but you also need to make sure the message reaches someone, and that they care.

Note: I started this post thinking about PR, but I’m probably talking about something more broad, which is akin to brand marketing or something similar.

Rob Go is a partner with NextView Ventures. Opinions expressed here are entirely his own.