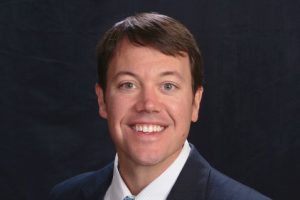 Private Advisors has already deployed roughly 60 percent of the $205 million the firm raised for its debut real-assets fund, Partner Zac McCarroll told Buyouts. The firm this week announced a final close above its $200 million target.

The new fund is committing to funds raised by small, specialist real-asset managers. Private Advisors is also deploying some of the fund’s capital in co-investments.

Typical investments include operations in the energy, oil-and-gas and metals-and-mining sectors, McCarroll said, though he declined to provide examples of investments the firm has closed.

“We believe that given the relationships that our team has built over the last decade or so, we have a unique ability to target a strategy that is a little different that what the larger infrastructure funds are looking at,” he told Buyouts in an interview. Distressed assets in the energy sector, along with a “malaise” in metals and mining, should yield a boon to investors.

Private Advisors also raised the fund, at least in part, because of newfound interest in real assets and infrastructure on the part of major institutional investors.

McCarroll has a background as an institutional investor as well, having contributed heavily to the construction of University of Texas Investment Management Co’s $4 billion real-assets program, his official biography says.

Private Advisors raised the bulk of its fund through institutional investors like endowments and large family offices.

“We’ve been able to bring in a number of investors who haven’t invested with Private Advisors because they wanted to expand their natural-resource visibility,” McCarroll said.

Private Advisors is a $4.8 billion asset-management firm based in Richmond, Virginia. The firm specializes in private equity middle-market investments, along with its long/short equity and secondaries programs.

Zac McCarroll of Private Advisors. Photo courtesy of the firm.