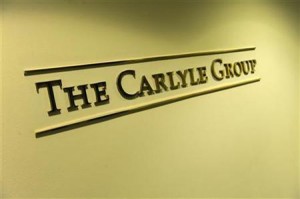 (Reuters) – Carlyle Group LP has named Curtis Buser, the private equity firm’s chief accounting officer since 2004, as its next chief financial officer, succeeding Adena Friedman, who departed in May to return to NASDAQ OMX Group Inc.

Buser’s appointment contrasts with Carlyle’s decision to opt for an external candidate for chief financial officer in 2011, when it poached Friedman from Nasdaq to help take it public a year later. Earlier this year, Carlyle again looked externally for a top hire, appointing Michael Cavanagh, a former top lieutenant of JPMorgan Chase & Co CEO Jamie Dimon, as co-president.

Carlyle had retained executive recruitment firm Russell Reynolds Associates to search for Friedman’s replacement, and had interviewed several external candidates before choosing Buser, who served as interim CFO after Friedman left, according to people familiar with the matter who asked not to be identified discussing internal matters.

Buser’s CFO appointment was disclosed on his profile page on Carlyle’s website. A Carlyle spokesman declined to comment ahead of an official announcement on Thursday. Russell Reynolds Associates representatives did not respond to requests for comment.

Buser, 51, joined Carlyle ten years ago from accounting firm Ernst & Young LLP, where he was an audit partner. He was previously with Arthur Andersen & Co, another accounting firm.

At Carlyle, Buser helped develop the firm’s financial reporting systems for fund investors and shareholders, and also looked after its budget. He also played a key role in Carlyle’s initial public offering two years ago.

Carlyle is a much bigger and more complex firm than when Buser joined it in 2004. Back then, it had less than $20 billion in assets under management. It reached $203 billion in assets at the end of September, spanning private equity, credit, real estate and hedge funds.

Based in Washington, D.C., Carlyle was founded in 1987 by David Rubenstein, William Conway and Daniel D’Aniello.