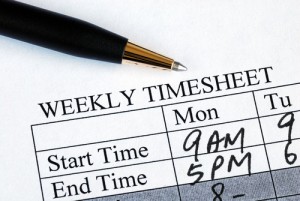 The buyout market is doing its part to ease the nation’s unemployment rate—at least judging from its own staffing plans.

According to a survey of North American private equity firms conducted this spring and summer, more than half of buyout and growth equity firms (61 percent) had planned to hire investment professionals into analyst, associate and other non-partner positions by year’s end. The median anticipated increase in staffing for those positions was 13 percent. Just 3 percent of firms had plans to reduce staffing for these positions this year, while 35 percent anticipated no change.

If firms end up following these intentions, it would mark a big upturn from last year. The same survey found that just under a third (29 percent) of buyout and growth equity firms actually did add junior investment professional staff last year, with a median increase of staffing at that level of 35 percent. One in 10 reduced staffing at this level last year, while 61 percent held staffing steady.

The results of the survey, which included 37 buyout and growth equity firms with an average of $1.3 billion in assets under management, appear in the just-published report, 2012-2013 Holt-Thomson Reuters Private Equity and Venture Capital Compensation Report. Buyout and growth equity firms in our survey average about 30 employees altogether, including investment, administrative and support staff. If that’s taken as an estimate for the industry, then U.S. buyout firms employ more than 30,000 people. (Thomson One, a product of Thomson Reuters, publisher of Buyouts, lists some 1,005 U.S. buyout shops.)

The staffing plans detailed in the report support the notion that hiring goes hand in hand with fundraising. Fresh capital, of course, translates into more management fees flowing into coffers with which to hire and pay people. As of the end of the third quarter, fundraising by U.S. and mezzanine shops had reached $130 billion, or more than double the previous year’s pace, according to the Buyouts Magazine database.

By contrast, nearly a third (29 percent) of buyout and growth equity firms in our survey said they actually did boost staffing of investment professionals at the partner level last year, with a median increase of staffing at that level of 16 percent. Another 10 percent cut back at this level last year, while 61 percent held investment-professional partner staffing steady.

Hiring also appears to be robust on the administrative side of the industry, according to the survey. Such hiring probably reflects new regulatory requirements that kicked in this year for many firms, such as having to register with the Securities and Exchange Commission as investment advisers. As a result, many firms have had to consider hiring compliance officers for the first time. Buyout shops have also been expanding their marketing and investor relations staffs to support fundraising and ongoing investor communications.

Will hiring continue to be strong into 2013? A lot will depend on the continued strength and breadth of the fundraising market.

Another factor: whether a certain ex-buyout professional lands a new job as president of the United States.