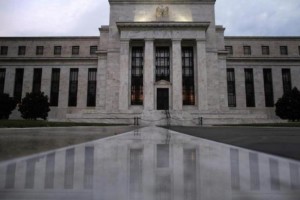 The private equity industry’s lobbying group met officials from the Office of the Comptroller of the Currency and the Federal Reserve last week to address concerns over a crackdown on junk-rated loans, people familiar with the matter said on Monday.

The private meeting – the first between the Private Equity Growth Capital Council (PEGCC) and the U.S. regulators over the issue – underscores many buyout firms’ reliance on leveraged loans for outsized returns in their debt-fueled acquisitions of companies.

It also highlights the willingness of the OCC and the Fed to engage with parties they do not regulate. Private equity firms are typically regulated by the U.S. Securities and Exchange Commission.

The PEGCC sought and received assurances from the OCC and the Fed that regulators have not been targeting the private equity industry in their efforts to prevent excesses in leveraged lending, the sources said.

The OCC and the Fed also told the PEGCC that they were not being inflexible in their application of the lending guidance, which was issued last year, the sources said. The regulators are also working on providing follow-up guidance to banks, the sources added.

Among those attending the meeting were Martin Pfinsgraff, senior deputy comptroller for large-bank supervision at the OCC, and Anna Lee Hewko, a deputy associate director at the Fed’s division of banking supervision and regulation, the sources said.

The sources asked not to be identified because the meeting was private. The PEGCC and the Fed declined to comment, while an OCC spokesman did not immediately respond to a request for comment.

The meeting comes as the leveraged finance industry awaits the outcome of an annual review of banks’ loan books that took place earlier this summer. Regulators have warned that underwriting standards have deteriorated, though bankers say they expect the review’s findings to be in line with last year’s.

A small number of PEGCC’s members, such as Blackstone Group LP (BX.N) and KKR & Co LP (KKR.N), are alternative asset managers that have direct lending divisions which could benefit from a regulatory crackdown on the leveraged lending businesses of Wall Street banks.

Asked about the impact of the leveraged lending guidance on KKR, Scott Nuttall, head of KKR’s global capital and asset management group, told analysts last month the firm stood to benefit on the credit investment side while it would withstand any retrenchment of banks on the private equity side.

“We have direct relationships with a number of institutions around the world, some of which, frankly, are not subject to these potential limitations … Our private credit business should benefit if the Fed guidelines get adhered to once people figure out what all of the rules actually mean in practice,” Nuttall said.