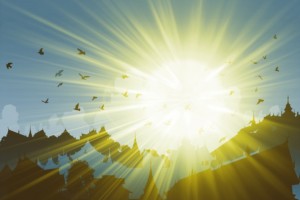 Good to be back in the saddle after a couple days off. What’s going on?

A deal: FTV Capital led a 78.4 million pound growth investment in Bought By Many, which provides pet insurance in the U.K., Sarah Pringle writes on PE Hub. Bought By Many had previously raised 33.2 million pounds. The company insures more than 200,000 pets, Sarah writes. Read more.

Here’s something I learned: the market for pet insurance is rapidly growing, driven by a trend of the “humanization” of pets, according to Mike Vostrizansky, vice president at FTV. Veterinary cost increases have driven rising premiums, stemming from advancements in pet treatment, medicine and consumer adoption, Sarah writes.

Tricky: J.Crew, which filed for bankruptcy protection Monday, used a debt maneuver that transferred some of its intellectual property into a subsidiary that protected it from the company’s senior lenders. It then used the subsidiary to negotiation a debt exchange with junior lenders, Barron’s wrote.

Interesting that the debt arrangement ended up hindering the company from completing a planned initial public offering earlier this year for its brand Madewell. S&P and Moody’s said the Madewell deal would constitute a default on the company’s loans, since lenders would receive less than what was originally promised, Barron’s wrote. Read more.

Leonard Green and TPG acquired J.Crew in 2011 for about $3 billion. The retailer could be the first of many to come that were struggling pre-pandemic downturn, which the current environment will push over the edge into default. What are you seeing out there? Have you seen this sort of debt structure? What do you think? Reach me at cwitkowsky@buyoutsinsider.com.

L Brands decided to shut down the $525 million sale of Victoria’s Secret to Sycamore Partners, despite a lot of posturing in public about fighting it out in court to force the firm to stick to its agreement to buy the business. Sycamore, citing the pandemic, backed out of its February agreement to buy Victoria’s Secret last month. L Brands, which owns the brand, threatened to sue the firm, citing the deal agreement.
Instead, L Brands said Monday it agreed with Sycamore to settle all pending litigation and mutually release all claims.

“Like all retailers, the company faces an extremely challenging business environment. Our board believes that it is in the best interests of the company, our stockholders and our associates to focus our efforts entirely on navigating this environment to address those challenges and positioning our brands for success rather than engaging in costly and distracting litigation to force a partnership with Sycamore,” according to a statement from Sarah Nash, director and future chair of the L Brands’ board.

The settlement came as a surprise given that the deal agreement said Sycamore would still be obligated to complete the deal even if a pandemic struck, New York Times wrote. Does this open the door for more broken deals?

Top Scoops
Limited partners are assessing how the pandemic is impacting the future of their private equity portfolios. Some LPs, who have wide enough private equity target ranges, will be able to stick with their private equity plans. Adjusting the program may only need to adjust pacing and commitment volume as opposed to selling assets on the secondary market, writes Justin Mitchell on Buyouts. Though secondary sales may pick up as well as some LPs need to offload quickly to rebalance their exposures. Read more.

Ara Partners closed its debut fund on about $400 million for investments in companies in North America and Europe poised to accelerate the decarbonization of the industrial economy. “We seek near-term, tangible carbon reductions and profitable growth through rapid adoption of sustainable industrial products and services. These products are critical building blocks in the transition to a carbon neutral future,” said Charles Cherington, managing partner. Read more.