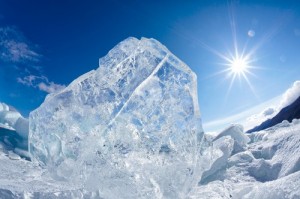 U.S.-based private debt and equity firm Prospect Capital Corp. has provided a US$150 million senior secured term loan in support of the recapitalization of Arctic Glacier Inc., a producer, marketer, and distributor of high-quality packaged ice to consumers. The recapitalization is intended to help the company to pursue acquisitions and organic growth initiatives. The Winnipeg, Manitoba-based Arctic Glacier was bought out of bankruptcy by private equity firm HIG Capital for $449 million in 2012.

“Prospect’s responsiveness and large balance sheet provided Arctic with certainty of execution around the entire $150 million senior secured second lien tranche, allowing us to reduce market risk and thereby providing us with an attractive alternative to the syndicated capital markets for this portion of the capital structure,” said Bret Wiener, a Managing Director of H.I.G.

“Prospect is pleased to provide 100% of the senior secured second lien capital in support of Arctic’s recapitalization, further positioning the company to pursue accretive acquisitions and attractive organic growth initiatives,” said Jason Wilson, a Managing Director of Prospect Capital Management LLC. “This is another demonstrated example of Prospect’s ability to lead significant-sized transactions for middle-market and larger companies, thereby competing effectively with syndicated debt markets and providing more debt capital options for companies as they grow and mature over time.”

Prospect Capital Corporation (www.prospectstreet.com) is a closed-end investment company that lends to and invests in private and microcap public businesses. Our investment objective is to generate both current income and long-term capital appreciation through debt and equity investments.

We have elected to be treated as a business development company under the Investment Company Act of 1940 (“1940 Act”). We are required to comply with a series of regulatory requirements under the 1940 Act as well as applicable NASDAQ, federal and state rules and regulations. We have elected to be treated as a regulated investment company under the Internal Revenue Code of 1986. Failure to comply with any of the laws and regulations that apply to us could have an adverse effect on us and our shareholders.

H.I.G. is a leading global private equity investment firm with more than $12 billion of equity capital under management. Based in Miami, and with offices in Atlanta, Boston, Chicago, Dallas, New York, and San Francisco in the U.S., as well as international affiliate offices in London, Hamburg, Madrid, Paris, and Rio de Janeiro, H.I.G. specializes in providing capital to small and medium-sized companies with attractive growth potential. H.I.G. invests in management-led buyouts and recapitalizations of profitable and well managed manufacturing or service businesses. H.I.G. also has extensive experience with financial restructurings and operational turnarounds. Since its founding in 1993, H.I.G. invested in and managed more than 200 companies worldwide. The firm’s current portfolio includes more than 70 companies. For more information, please refer to the H.I.G. website at www.higcapital.com.