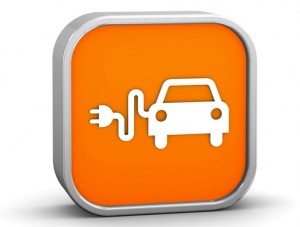 Protean Electric, the developer of an in-wheel electric motor, said Monday it raised $84 million in a deal led by GSR Ventures that will enable it to build a manufacturing plant in Liyang, China.

With the deal, the Troy, Mich., company becomes the latest GSR- and Oak-funded electric-vehicle-related firm to set up manufacturing in China. Last year, battery maker Boston-Power raised more than $125 million to construct a Chinese manufacturing plant for its lithium-ion batteries. GSR, Oak Investment Partners and Foundation Asset Management, along with the Chinese government, participated in the round.

Protean said the deal represents its first push into the Chinese auto market. The company’s compact and high performance motor can be used to retrofit existing vehicles or be designed into new models. Prototype production is expected to begin in China next year.

In an interview, GSR Managing Director Sonny Wu said he remains convinced that despite the present global economic woes bringing advanced energy-related technologies to China and emerging markets is a good bet.

He described Protean’s technology as potentially disruptive. Auto manufacturing over time will become less capital intensive as a small number of standardized parts assemble neatly into vehicles without the need for complicated manufacturing plants, he said.

What follows is the Protean press release.

The funding is led by GSR Ventures, a venture capital firm based in Beijing and Silicon Valley. They will be joined by the New Times Group, a Liyang-based copper processing company. Oak Investment Partners, Protean’s first venture investor, is also participating in this round of funding. The city of Liyang is partnering to provide a prototype manufacturing operation, tax incentives and loan assistance for construction of the production manufacturing plant.

“GSR is honored to lead this round of investment in a disruptive technology that we believe has great promise for the Chinese automotive market and potentially building a global EV platform,” said Sonny Wu, GSR Ventures managing director.

“Liyang is becoming a well-known location for companies at the forefront of cutting-edge technology, especially in new energy, and we are very pleased to welcome Protean Electric to our city to manufacture their in-wheel electric drive system,” said Liyang Mayor Su Jianghua.

“There’s tremendous interest around the world in adopting Protean’s in-wheel electric drive systems, which enable breakthrough cost and performance advantages, including high power and torque directly to the wheel as well as integrated power electronics and unparalleled regenerative braking efficiency,” said Bandel Carano, managing partner at Oak Investment Partners. “China, in particular, presents a compelling near-term opportunity as it seeks to reduce its reliance on petroleum imports. In mature markets, such as North America and Europe, I believe Protean’s electric drive system will be embraced as one solution to help these countries address fuel economy and emissions challenges.”
“With this round of investment in place, Protean Electric is now positioned to move aggressively to production and into the market,” said Bob Purcell, chairman and CEO of Protean Holdings Corp. “All of our investors believe in our technology and share in our vision to make Protean Electric the world leader for in-wheel electric drive. We will have the capability to directly supply our motors at lower volume levels, while providing licenses to our higher volume customers and partners.”

“We have a very unique value proposition: We can create hybrid and electric drive vehicle options, on the vehicles that people like to drive,” Purcell said. “We can provide more power, better fuel economy, easier integration, and lower cost. The Protean Electric drive system is probably as close as the industry will ever get to a bolt-on solution.”

Features of Protean’s in-wheel motors include:

Protean has been awarded 21 patents for its unique technology and design, and more than 70 additional patent applications have been filed internationally and with specific countries in North America, Europe and Asia. Protean also has won the prestigious 2012 Technology Pioneers Award from the World Economic Forum as being one of most promising start-up technology companies in the world.

About Protean:
Protean Electric is a leading clean technology company that designs, develops and manufactures the Protean Drive™, a fully integrated, in-wheel motor, direct-drive solution. Protean Electric is strategically positioned to play a major role in the hybrid and electric vehicle market by offering a combination of packaging advantages, new vehicle design opportunities, performance benefits and cost savings. Protean is funded by Oak Investment Partners, a multistage venture capital firm and a lead investor in the next generation of enduring growth companies. Protean Electric has office in the United States, the United Kingdom, Hong Kong and Germany. For more information, visitwww.proteanelectric.com.

About Oak Investment Partners:
Oak Investment Partners is a multi-stage venture capital firm and a lead investor in the next generation of enduring growth companies. Since 1978, the firm has invested $9 billion in nearly 500 companies around the world, earning the trust of entrepreneurs with a senior team that delivers steady guidance, deep domain expertise and a consistent investment philosophy. The firm’s five major growth sectors of focus are information technology, internet and consumer, financial services technology, healthcare services and clean energy. For more information, visitwww.oakvc.com.

About GSR Ventures:
GSR Ventures is an early-stage venture capital firm focused on building world-class technology companies in China. The firm invests primarily in the Internet, wireless, green technology and semiconductors sectors. Founded in 2004, GSR has more than 50 companies in its portfolio and more than $1 billion under management. Protean Electric is the 11th investment in energy-efficient companies for GSR. For more information, visit www.gsrventures.com.