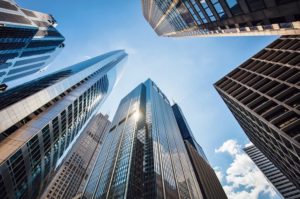 With markets set to dive further as Russia and Saudi Arabia throw haymakers over oil prices, we’ve been in conversations with private equity folks about the impacts of the coronavirus outbreak on their businesses.

One major effect, as markets continue to panic, is that financing for buyouts is drying up. While GPs have money for deals, due to record fundraising over the past few years, leverage levels for individual deals are falling and equity checks are on the rise, sources have told us anecdotally.

Around $2.3 billion was pulled from funds that invest in leveraged financing in the week to March 4, bringing total outflows to $4.7 billion over the past seven weeks, Wall Street Journal reported, using data from LCD. Bloomberg reported over the weekend that a number of leveraged loans for multibillion dollar deals have been canceled in recent weeks.

Sources have told us deals that were set to come to market are being delayed (this includes the private equity M&A market as well as the PE secondaries market). “No one wants to launch during this thing — no one can actually go meet with management teams,” one source said.

What are you seeing? How is the virus affecting your business right now, on the M&A side, secondaries side or whatever? Reach me at cwitkowsky@buyoutsinsider.com.

So any exit is a cause for notice. And we have one … that was at least agreed in the last few days. Providence Equity agreed to sell Galileo Global Education to an investor consortium that includes Canada Pension Plan Investment Board, Montagu, Téthys Invest and Bpifrance. The deal is expected to close in the second quarter subject to regulatory and other approvals.

Galileo Global paid three dividends to Providence in two years, according to Reuters. Providence put Galileo Global up for sale earlier this year for about $2.7 billion, Reuters said in February.

Well, even amid market turmoil and chaos in the deal markets, fundraising proceeds at a strong pace. (It’s still early days of course so who knows …). One of the big hitters in the market is New Mountain Capital, which is targeting $8 billion for its sixth fund, writes Justin Mitchell on Buyouts. New Mountain is expected to hold a first close on Fund VI in April, according to documents from Pennsylvania Public School Employees’ Retirement System. Read more.

Have a great Monday! Reach me with your tales from the front lines at cwitkowsky@buyoutsinsider.com, on Twitter or find me on LinkedIn.