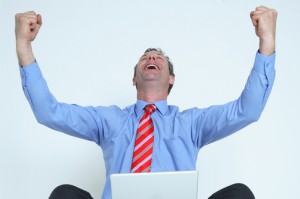 Providence Equity Partners has raised $4 billion to $4.5 billion for its seventh fund, which has a $6 billion target, and the firm will likely hold a final close in the third quarter, peHUB has learned.

A Providence spokesperson did not respond to a request for comment.

Providence is a media-focused PE firm that also invests in communications, information and education deals. The buyout shop began fundraising for Providence Equity Partners VII LP early last year and was initially hoping to raise $8 billion. But the firm “got blowback from LPs, so dropped the target to $6 billion,” a placement source says.

Providence previously raised $12.1 billion for fund VI in 2007, which was nearly triple the size of its fifth fund, a $4.25 billion fund raised in 2004. Fund VI hasn’t performed as well as its predecessor; it had a net IRR of 3.6% as of Sept. 30, compared to a net IRR of 4.6% for fund V in that same period, according to CalPERS, a limited partner in both funds.

LP and placement agent sources tell peHUB that they expect Providence to hit the lower target for fund VII. “Providence is one of the better large GPs out there,” says a placement agent who asked not to be named. “Their track record and their specialty focus — media — make it likely that they’ll hit their target in what remains an extremely tough fundraising environment.”

Providence had another exit two months earlier. It announced in March that Thoma Bravo would buy portfolio company Archipelago Learning in a deal valued at about $291 million. Archipelago is expected to produce a return of 3x invested capital, one source says.

Additionally, Providence is reportedly selling its 10% stake in Hulu to the company’s other investors, and last month it was reported that Providence expects to get a chunk of a $400 million dividend from AutoTrader.com.

One LP says that Providence is “doing all the right things,” but noted that “none of us are in this business for a 2x gross return.” Providence’s sixth fund is a mix of realized and unrealized, the LP says. “It’s definitely weighted toward unrealized,” the source says.

Others are more optimistic. “With some liquidity now as well as a more reasonable target, they should be able to hit [their target],” the first placement source says.