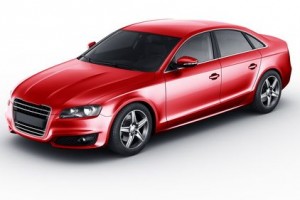 Providence Equity Partners, which completed fundraising for its seventh pool last year, is exiting AutoTrader Group after a more than three-year hold.

Cox Enterprises said Friday it acquired Providence’s 25 percent stake in AutoTrader. Financial terms weren’t announced but Cox is paying $1.8 billion for the holding, a source said. Including a $100 million dividend Providence received in 2012, the PE firm led by Jonathan Nelson is making 3x its investment. The deal is also generating an IRR of 38 percent, the person said.

AutoTrader.com, which was formerly known as AutoConnect.com, was established in 1997. An online auto marketplace, the Atlanta-based company also provides marketing and software services to auto dealers throughout the U.S.

Kleiner Perkins invested in the company in 1999. In 2008, Cox Enterprises reportedly tried and failed to sell AutoTrader.com. Instead, in May 2010, Cox sold 25 percent of the company to Providence Equity. The PE firm paid $537.5 million for that holding, peHUB has reported. The investment came from Providence Equity’s sixth fund, which collected $12.1 billion in 2007. Fund VI is generating a net IRR of 3.3% as of June 30, according to CalPERS.

Providence is the latest to sell its AutoTrader holding. Kleiner Perkins had a 4.9 percent ownership stake, plus 0.7 percent voting rights, as of Dec. 31, 2011, according to SEC filings. Cox acquired KPCB’s stake in AutoTrader last summer, Term Sheet reported.

Cox now holds a 98 percent stake in AutoTrader; current and former employees own the rest.

Providence got more good news in December. The firm, at that time, sold George Little Management, a trade show producer, to Emerald Expositions for $335 million. Emerald is backed by Onex Corp. Providence acquired George Little for $174 million in August 2011.

News of the AutoTrader sale comes after Providence Equity closed its seventh fund at $5 billion last year. The PE firm had hoped, in 2011, to raise $8 billion for Fund VII but cut that target to $6 billion and then cut it further to $5 billion. Providence also needed a fundraising period extension to reach that target.