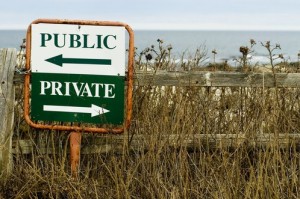 Proxy advisory and research firms Institutional Shareholder Services Inc. and Glass Lewis & Co. have recommended that clients who are shareholders in IT solutions provider Softchoice Corp. vote in favour of Birch Hill Equity Partners‘ previously announced acquisition of the company for $412 million. The take-private deal has already been recommended by Toronto-based Softchoice’s board of directors, and it will be submitted to a special shareholders meeting in June.

TORONTO, May 24, 2013 /CNW/ – Softchoice Corporation (TSX: SO) today announced that Institutional Shareholder Services Inc. (ISS) and Glass Lewis & CO., two leading independent proxy research and advisory firms, have published reports recommending that their clients who are Softchoice shareholders vote in favour of the plan of arrangement (“the Arrangement”) under which certain funds managed by Birch Hill Equity Partners (“Birch Hill”) will indirectly acquire all of the issued and outstanding common shares of Softchoice for cash at a price of $20.00 per share (the “Transaction”), representing total equity value, on a fully diluted basis, of approximately $412 million.

“We believe that the Transaction is highly attractive to shareholders and are pleased that ISS and Glass Lewis agree,” said Bill Linton, Chairman of the Softchoice Board.

Shareholders can also vote online or by telephone and are encouraged to review the instructions in the Form of Proxy and Voting Instructions Forms. The deadline for submitting proxy forms is no later than 10:00 a.m. (Toronto time) on June 6, 2013.

Copies of the Notice of Special Meeting of Shareholders, Management Information Circular, and related documents have been filed on the System for Electronic Document Analysis and Retrieval (SEDAR) and are available for viewing on the website at www.sedar.com and on Softchoice’s website at www.softchoice.com.

As a leading North American provider of technology solutions and services, Softchoice combines the efficiency and reliability of a national IT supplier with the personal touch and technical expertise of a local solutions provider. Softchoice’s holistic approach to technology includes solution design, implementation and asset management and cloud services, as well as access to one of the most comprehensive and cost-effective technology distribution networks in North America. With over 1,200 employees, Softchoice manages the technology needs of thousands of corporate and public sector organizations across the United States and Canada.

Softchoice stock is listed on the Toronto Stock Exchange (TSX) under the trading symbol “SO.” The common shares of Softchoice are not registered under the U.S. Securities Act of 1933 and are not publicly traded in the United States.