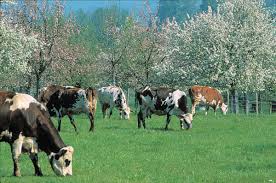 Canada’s Public Sector Pension Investment Board (PSP Investments) has acquired a “significant” minority interest in Allflex Group, a European provider of animal intelligence and monitoring technologies. No financial terms were disclosed. The stake in Allflex was sold by British private equity firm BC Partners, which will remain the controlling shareholder. BC Partners acquired the company from Electra Partners for US$1.3 billion in mid-2013. Guthrie Stewart, senior vice president and global head of private investments at PSP, said the deal will increase the Montréal-based pension fund’s presence in the European private equity market.

MONTRÉAL and LONDON, United Kingdom, June 10, 2016 /CNW Telbec/ – The Public Sector Pension Investment Board (PSP Investments) and BC Partners announced today the acquisition of a significant minority interest in Allflex Group (Allflex) by PSP Investments. BC Partners first invested in Allflex in 2013 and remains the controlling shareholder.

Allflex is the global leader in animal intelligence and monitoring technologies for livestock, pets, fish and other species. It designs, produces and distributes a variety of products such as radio-frequency identification (RFID) and visual ear tags, tissue sampling devices, RFID implants, monitoring devices, milk meters, and other farm management equipment. Allflex operates in over 60 countries and employs over 1,700 people worldwide.

“Allflex is a high-quality, fast-growing industry leader with a unique market position. We are delighted to invest in the group, as part of PSP Investments’ increasing presence in the European private equity market,” said Guthrie Stewart, Senior Vice President, Global Head of Private Investments, PSP Investments. “We look forward to working with BC Partners and supporting Allflex’s seasoned management team as it enhances its global leadership in animal intelligence,” Mr. Stewart added.

“Allflex has performed extremely well and we are delighted to be supported by PSP Investments in order to continue the company’s fantastic growth story. Demand for animal intelligence products and solutions is increasing worldwide and we are confident that Allflex is ideally positioned to continue to lead the space and expand into new markets,” said Jean-Baptiste Wautier, Managing Partner, BC Partners.

“We welcome PSP Investments, a sophisticated investor with a long-term vision and experience in livestock investments,” said Jacques Martin, Chief Executive Officer of Allflex. “We see attractive opportunities to continue expanding our business, and we look forward to benefiting from PSP Investments’ and BC Partners’ continued support.”

The Public Sector Pension Investment Board (PSP Investments) is one of Canada’s largest pension investment managers with $112 billion of net assets under management as at September 30, 2015. It manages a diversified global portfolio composed of investments in public financial markets, private equity, real estate, infrastructure, natural resources and private debt. Established in 1999, PSP Investments manages contributions to the pension funds of the federal Public Service, the Canadian Forces, the Royal Canadian Mounted Police and the Reserve Force. Headquartered in Ottawa, PSP Investments has business offices in Montréal, New York and London. For more information, visit investpsp.com or follow Twitter @InvestPSP.

BC Partners is a leading international private equity firm with over €12 billion of assets under management. Established in 1986, BC Partners has played an active role in developing the European buy-out market for three decades. BC Partners executives operate as an integrated team through the firm’s offices in Europe and North America, acquiring and developing businesses to create value in partnership with management. Since inception, BC Partners has completed 91 investments in companies with a total enterprise value of nearly €100 billion and is currently investing its ninth fund, which was raised in 2011 with total commitments of €6.7 billion. For more information, visit: www.bcpartners.com.

Allflex is the world leader in animal intelligence through its identification and monitoring products across all livestock species and companion animals. Allflex brings cutting-edge technologies and solutions to farmers, State regulatory bodies, livestock industries, aquaculture, pet owners and other related partners across the world, contributing to a safer global food supply and an improved relationship between man and animal. Allflex has been leading the development of the industry for more than sixty years and operates forty facilities on five continents employing some 1700 people worldwide. For more information, visit: www.allflex-group.com.