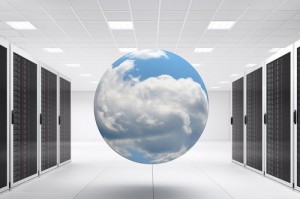 Radiant Communications Corp., a Vancouver-based provider of managed network and cloud hosting solutions, has terminated the March agreement to be 100% acquired by Canadian private equity firms Maxam Capital Corp. and PenderFund Capital Management. The decision follows a subsequent offer made in April by Frontier Networks Inc., a custom data and networking programs company based in Toronto. Radiant indicated that a committee of its independent directors had determined Frontier’s was the “superior proposal.”

Radiant Communications Corp. (“Radiant” or the “Company”) (TSX-V: RCN) announces that the Company has entered into an agreement to terminate the arrangement agreement dated March 8, 2013 (the “Arrangement Agreement”) among Radiant, Maxam Opportunities Fund LP and its affiliated entity, Maxam Opportunities Fund (International) LP (together, “Maxam”), Pender Growth Fund (VCC) Inc. and its affiliated entity, Pender Financial Group Inc. (together, “Pender”), and a company established jointly by Maxam and Pender for the purposes of the transactions contemplated by the Arrangement Agreement (the “Purchaser”).

On April 23, 2013, Frontier Networks Inc. (“Frontier”) gave notice that Frontier will make a formal takeover bid for any or all issued and outstanding common shares of Radiant (“Common Shares”) at a price of $1.00 per Common Share in cash on or before May 3, 2013. That same day, the special committee of independent directors of Radiant that has been established to evaluate the transaction with the Purchaser (the “Independent Committee”) advised the Purchaser and announced by news release that it had determined that the acquisition proposal from Frontier constitutes a “Superior Proposal” under the terms of the Arrangement Agreement.

Radiant has cancelled the meeting of Radiant securityholders, originally scheduled for April 24, 2013 and then postponed to May 1, 2013, as the Arrangement Agreement has been terminated and the plan of arrangement between Radiant and the Purchaser will not be proceeding.

Radiant is a leading provider of managed network and cloud hosting solutions for medium-size enterprises. Leveraging one of the largest Internet footprints across Canada, Radiant offers a comprehensive portfolio of reliable, secure and scalable IT infrastructure services, simplified under a single point of contact. For over 15 years, many of Canada’s most recognized brand names have been relying on Radiant to support their mission-critical business operations.