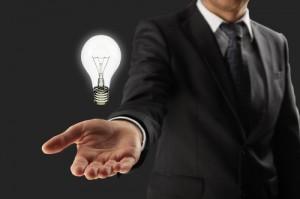 Dr. Ray Muzyka, co-founder of the private equity-backed electronic entertainment company BioWare Corp., which was sold to Electronic Arts Inc. in 2007, has become a Venture Advisor to Canadian venture capital firm iNovia Capital. Mr. Muzyka, who has co-invested with iNovia, and invested in the firm’s latest partnership, iNovia Fund III, recently advanced his entrepreneurial mentoring and investment activity through Threshold Impact Ltd., a company he established in 2013.

The core idea of “network effect” is that the value to each participant increases as more active members are added. Done thoughtfully, this is nowhere more true than when building a team of people.

Dr. Ray Muzyka has become an active participant in iNovia’s network. And now as a Venture Advisor, he is getting to know more portfolio companies as he advances his own mentoring and investing activities through Threshold Impact (http://thresholdimpact.com). Originally practicing MDs, he and Greg Zeschuk were the co-founders of BioWare and have recently retired as executives at Electronic Arts. They are already co-investors with iNovia and more recently both became investors in iNovia Fund III.

iNovia’s continuing focus on building digital media companies makes the connection with Dr. Muzyka a natural fit. He was inducted into the Academy of Interactive Arts and Sciences’ Hall of Fame in 2011 for his lifetime of work in interactive entertainment as well as being named the recipient of the Lifetime Achievement Award from the IGDA’s Game Developers Choice Awards in 2013. Ray was named into Canada’s Top 40 under 40 in 2001, received Ernst & Young’s 2001 Entrepreneur of the Year award and the BDC 1997 Young Entrepreneur of the Year award, among other awards.

A true entrepreneur, Ray recalls what it means to work 20 hours a day and use a credit card to fund his startup. Now, in the case of Greg and Ray, their startup ended up being worth many hundreds of millions of dollars when acquired in 2008, and it also benefited from the investment of private equity capital prior to that exit. We believe there are lessons in that experience of great value to all our companies.

We are happy to have Ray join us as a Venture Advisor and excited to have him actively participate in iNovia’s inaugural CEO summit in New York on March 14th!

Welcome to the iNovia network, Ray!