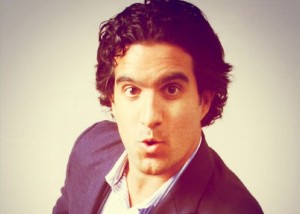 Red Swan Ventures, a seed stage firm launched by the founder of men’s clothing company Bonobos, is raising its third fund, according to an SEC filing.

The filing states that the amount to be raised is “indefinite” and that the first sale has yet to occur.

If it turns out to be a much bigger fund than Red Swan’s last effort, don’t be surprised.

Red Swan was founded by Andy Dunn, founder and CEO of Bonobos, which has raised at least  $72.7 million since its 2007 founding. (Information about its past financings has been removed from Crunchbase, but according to past reports, Bonobos raised $18.5 million from Lightspeed Venture Partners and Accel Partners in 2010 and another round of $16.4 million from Accel, Lightspeed, and the retail giant Nordstrom last year. )

Dunn didn’t respond to requests for comment about this story.

Red Swan has done much with seemingly little. Its second fund, raised last year, targeted $3 million and had raised $2 million as of April 2012. Previously, Red Swan raised a series of smaller amounts, in the neighborhood of $100,000, across 17 different installments, beginning in the summer of 2011. (Collectively, they constituted a first fund of between $1 million and $2 million, judging by SEC filings.)

The firm has made roughly 30 investments, including in fast-growing glasses designer Warby Parker; jewelry startup Chloe & Isabel; Birchbox, which delivers beauty samples to its customers; and the online shopping community Wanelo.

Dunn formed Red Swan in 2011 with Bonobos colleagues Chris Travers, who remains Bonobos’ CFO and general counsel; and David Eisenberg; Bonobos’ first employee and today a GP at Red Swan, as well as the co-founder and CEO of 3D visualization startup Floored (another of Red Swan’s portfolio companies).

The firm has more recently added to its team David Vivero, who founded an apartment rental platform called RentJuice that sold to Zillow for $40 million in cash last year. Vivero, who stayed on with Zillow as VP of Rentals, left in May, exactly one year after the sale.

Vivero appears to represent the firm on the West Coast. His LinkedIn bio lists him as a Bay Area entrepreneur and investor.

Three months ago, Red Swan also brought aboard William Peng, a former product designer at both Hot Potato and Drop.io (both acquired by Facebook) who was, until June, a VC with Raptor Ventures.

In May, Dunn penned a post for the new online publishing platform Medium, titled, “Dear Dumb, VC.” In it, he he took many investors to task, including for being late to meetings, not trying the products they back, and offering entrepreneurs unnecessary advice. It was among the most widely read pieces on Medium the week of its publication.

(Correction: A previous version of this article stated Bonobos had raised a total of about $35 million since 2007.)