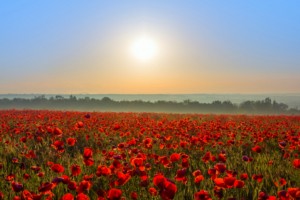 I hate to say this but it looks like summer’s almost over. It was definitely hard to make the most of these months amid the surging Delta variant but I hope the coming weeks end on high note!

Moving along from all the summer dreamin’, it looks like Regal Healthcare Partners, an emerging manager, has been off to a blockbuster start. Launched in 2018, the firm has marked first partial exits from both Fund 1 and Fund 2.

Regal HCP will return almost 1.7x of Fund 2 to investors after selling a stake in mental health provider Thriveworks, according to an LP letter received by PE Hub. With its pending majority sale of Dental365, announced just days earlier, it’s set to return over half of Fund 1 to investors, the letter says. Most successful new healthcare firm ever?

The larger of the two transactions is Thriveworks, which, founded in 2008 as a single counseling office in Cambridge, Massachusetts, has grown its network to 310 centers while building out a virtual counseling business.

On the other hand, Dental365, expected to produce a more than 7x multiple of invested capital, is a dental services organization with locations throughout the New York metropolitan area, Connecticut and New Jersey.

Read Sarah’s story on PE Hub for more details on the exits.

On the market: We have news about a technology business on the market. Backed by Abry Partners, Smart Start, a platform that prevents intoxicated drivers from operating a vehicle, is looking for a buyer.

Jefferies is advising the company on the process, which recently kicked off, sources familiar with the process told PE Hub.

The company generates around $70 million in EBITDA and around $160 million in revenue, some of the sources said.

That’s it for me! Hit me up with tips n’ gossip, feedback, anonymous information or just to say hi at karishma.v@peimedia.com or find me on LinkedIn.