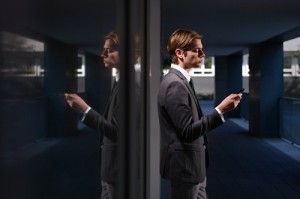 Smartphone maker BlackBerry Ltd. is considering the possibility of going private, Reuters reports, citing several sources. While no deal is imminent, President and CEO Thorsten Heins and the company’s board are coming around to the idea. Private equity firms have “circled the company for more than two years,” but have yet to “figure out ways to structure a deal,” according to Reuters. The Waterloo, Ontario-based BlackBerry has recently had collaborative talks with Silver Lake Partners, one source says, but these have not involved a potential buyout.

(Reuters) – BlackBerry Ltd is warming up to the possibility of going private, as the smartphone maker battles to revive its fortunes, several sources familiar with the situation said.

Chief Executive Thorsten Heins and the company’s board is increasingly coming around to the idea that taking BlackBerry private would give them breathing room to fix its problems out of the public eye, the sources said.

“There is a change of tone on the board,” one of the sources said on Thursday.

No deal is imminent, however, and BlackBerry has not launched any kind of a sale process, the sources said. Even if it tried, BlackBerry could find it hard to come up with a buyer and the funding to go private. With the company still posting losses and bleeding subscribers, private equity firms and other buyers may not want to step up.

BlackBerry, which had been pinning its hopes for a turnaround on its new line of BlackBerry 10 devices, declined to comment. The sources declined to be named because these discussions are private.

BlackBerry’s openness to consider a deal marks a radical shift in thinking at the once high-flying smartphone maker. Until recently, BlackBerry, formerly known as Research in Motion and a pioneer in providing secured emails on handheld devices, had been bent on staying independent, betting its turnaround on its latest smartphones.

Last month, Heins said the company was on the right track and just needed more time to fix its problems. He said the company will unveil more devices that run on the BlackBerry 10 operating system over the next eight months.

The company has also been looking at options such as licensing its BlackBerry 10 software and other partnerships.

Waterloo, Ontario-based BlackBerry has recently had discussions with private equity firm Silver Lake Partners about potential collaboration in enterprise computing, one of the sources said.

Silver Lake is caught in a bruising $25 billion battle to take Dell Inc private. Should it succeed in the Dell buyout, one possibility could be for it to collaborate with BlackBerry in mobile computing, where the PC maker has struggled to gain traction, the source said.

The talks with Silver Lake did not involve any buyout or other transaction-related discussions, the source said.

Pressure is only increasing on the smartphone maker. BlackBerry 10 sales have come in well below some analysts’ expectations, raising questions about whether the company can quickly win back market share from Apple Inc’s iPhone as well as Samsung Electronics Co Ltd’s Galaxy devices and other phones powered by Google Inc’s Android operating system.

Some investors say the company must now look at all of its options, from a sale of the whole company to a sale of parts. Its valuable patent portfolio and high-margin services business could draw interest from technology companies.

But private equity firms have circled the company for more than two years and have tried without success so far to figure out ways to structure a deal.

Moreover, Ottawa reviews any big takeover of a Canadian company for competitive and national security reasons. Government officials have often said they want BlackBerry to succeed as a Canadian company, but concede they do not know how things will play out.