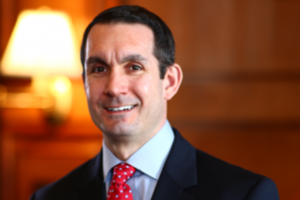 Pennsylvania’s top financial watchdog recently added his voice to the chorus calling for more transparency in private equity and for lower fees, while spokeswomen for two pension funds called out for criticism said they were doing good jobs on both counts.

Eugene DePasquale, nearly two years into a four-year term as the state’s Auditor General, an elected office, said he has many of the same concerns about private equity as he does about hedge funds. Both asset classes charge high fees and lack transparency, he said.

DePasquale said he would like to see both systems try even harder to push back against high fees charged by private equity managers. “I think they can do a better job,” he said. At his November press conference DePasquale explained that the state pensions’ enormous buying power should give them leverage “to obtain reductions in the fees they pay to fund managers.”

He also took the two pensions to task on the issue of transparency: “While PSERS and SERS may publish information on the management fees, the information is incredibly difficult to locate and comprehend…These are public pension systems and the general public has a right to know where the money is going.”

Ultimately, DePasquale said he is a “fan” of limiting exposure to alternative investments, although he didn’t lay out exact targets for private equity. He said he understood the difficulty in unwinding the massive private equity portfolios quickly.

PSERS, which had $51.9 billion of total assets as of Sept. 30, is a “tough negotiator,” not only on fees but on “business and legal terms as well, especially with our PE deals.”

The pension fund’s average private equity fees paid are less than average market fees, she said—1.59 percent in annual management fees paid and an 18.56 percent carried interest. Williams added that PSERS and its consultant Portfolio Consultants run “concurrent” vetting processes on opportunities and both need to have positive views before commitments are brought to the board, she said.

SERS, the public workers’ pension with about $28 billion of total assets, “aggressively negotiates” with potential investment managers, Hile said. Since 2009, the system has earned more than $13.6 billion net of fees and reduced fees by 36 percent, or about $89 million annually, she said.

The system posts approved board resolutions (on approved commitments) and supporting materials on its website, which includes information like fund target, strategy and due diligence reports from Portfolio Advisors.

The PSERS private equity program had added more than $5.3 billion in value over U.S. equities as of Dec. 31, 2013, according to a performance chart from the system. SERS’s private equity portfolio has returned 13 percent over a 10-year period net of fees, which is 60 percent greater than the U.S. public equities return of 8.1 percent, Hile said.

PSERS, which is in the market trying to sell up to $2 billion worth of private equity interests, two secondary market sources confirmed, has no “immediate” plans to change its allocation level to the asset class, Williams said. Bloomberg first reported on the secondary sale, which is being run by Cogent Partners.

SERS has been targeting bigger commitments to fewer managers as part of its two-year strategic plan, which is “subject to constant monitoring for potential revisions,” Hile said.

There has been a media push this year for more transparency in private equity led by financial blog Naked Capitalism and investigative reporter David Sirota at the International Business Times. The Wall Street Journal as well has documented its attempts to retrieve certain information about the asset class from public pensions.

Steve Judge, president of the Private Equity Growth Capital Council, defended the industry’s stance on confidentiality in a piece for peHUB earlier this year (to which we gave our response).

“The argument that limited partnership agreements (LPAs) should be accessible to the public is akin to demanding that Coca-Cola publish its famous (and secret) soda recipe,” he wrote.