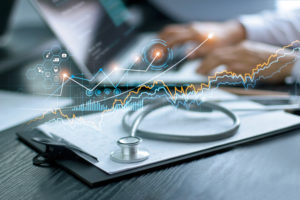 Deep Dive: The last several months have produced a cavalcade of investment activity in more than one pocket of healthcare. One particular theme that investors are showing a deep commitment to? Value-based care.

What is value-based care? A payment model rewarding doctors for some measure of quality (like fewer hospitalizations) versus the volume and types of procedures performed.
Value-based care is an inexorable trend that will broadly benefit the entire industry, according to Ezra Perlman, co-president at Francisco Partners. “There’s no other market where trillions of dollars of spend are going to be fundamentally rethought, re-evaluated and redefined over the coming 15 or 20 years,” Perlman says. “There’s lots of good reason to be increasingly excited about the segment, but it’s that excitement that can lead to exuberance and overvaluations in both public and private markets.”

As Perlman sees it, the evolution of value-based care is not unlike the e-commerce and internet investment bubble of late 1990s and early 2000s.

The combined market capitalization of recently emerged value-based care companies now totals almost $60 billion in the public markets, up from essentially zero a year ago, according to SVB Leerink. As strategics continue to embrace this theme with force, oftentimes partnering or buying from investors like Francisco, Oak HC/FT, WCAS or GA, investors are proactively placing their bets behind young companies and entrepreneurs, hoping to get in early to capture value-creation.

“Right now, the edge in investing in healthcare is more in the barbells,” says David Caluori, a general partner at Welsh, Carson, Anderson & Stowe. “It is about getting in early when you have the ingredients for success – management, customer access, an enforceable model and access to capital. If you can get those ingredients together earlier and you own a big piece of the company, then you can create some unique value.”

With proof points increasingly emerging, VBC is at a unique moment, says Mohamad Makhzoumi, managing general partner at NEA. “The category is so young that there aren’t a lot of fee-for-value companies generating $200 million of EBITDA a year that make them prime targets for the buyout crew. If you want to play that theme, whether a public investor, growth equity investor, traditional buyout firm or venture – you have to go earlier in terms of size and stage,” says Makhzoumi. “As these graduate, we will start to see more buyout types trying to get involved.”

Nick Richitt, who co-heads global healthcare investment banking at Deutsche Bank, points to another essential piece for value-based care to work in the long-run: data liquidity.
“When you look at value-based care and companies that seem really successful – well they are, but are they successful because they are reducing the cost of care per patient? It’s hard to tell when they are growing so fast,” Richitt says. “To advance value-based care, health plans need data. I do not believe they have gone to the level of data liquidity that would provide a much-heightened level of data transparency, with real-time notifications so that you can really, really do value-based care.”

Check out my full deep dive on PE Hub with many more insights from additional investors spanning InTandem Capital, Oak HC/FT and General Atlantic, as well as intermediaries from SVB Leerink, Guggenheim and Bain & Co.

That’s it for me! Have a great week ahead, and as always, write to me at springle@buyoutsinsider.com with any tips, gossip or feedback.