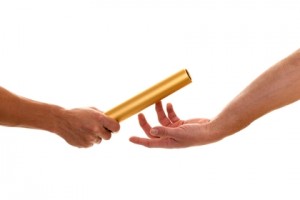 Joseph Rice, chairman and founder of Clayton, Dubilier & Rice, plans to step down in June, according to press reports.

Rice, 80, was a lawyer at Sullivan & Cromwell before he worked in investment banking and leveraged buyouts, Bloomberg said. He formed CD&R in 1978. The New York Times referred to Rice as a “pioneer of the private equity industry.”

Succession is a big issue for private equity firms. Several PE firms are still run by the execs who founded them (think Dave Rubenstein and his two co-founders at the Carlyle Group, as well as Henry Kravis at KKR). Many of these execs are in the 60s and should be thinking of retiring but they’re not. Late last year, Tully Friedman, co-founder of Friedman Fleischer & Lowe (he also co-founded Hellman & Friedman), told a Buyouts audience that the so-called “founders of PE” don’t need to step down just now.

CD&R is one of a small number of PE firms that have successfully transferred management from the founders, Bloomberg said. Donald Gogel, who has spent 23 years at CD&R, became CEO in 1998.

Other PE firms that have set in place a succession strategy? The Blackstone Group has Tony James, president and COO. James is heir apparent to Stephen Schwarzman, Blackstone’s chairman, CEO and co-founder. However, at 61, James is only slightly younger than Schwarzman, who is 65. Of course, Blackstone has lots of other talent including David Blitzer, 42, a senior MD and co-chair of the firm’s PE group.

And Leon Black’s top two lieutenants at Apollo Global are co-founders Joshua Harris, 47, and Marc Rowan, 49, according to the NY Times. UPDATE: At Carlyle, the founders are committed to leading the buyout shop for the long-term, but they are grooming the next generation of leaders, a source says. The short-list is comprised of Glenn Youngkin, COO; Adena Friedman, CFO; and, Peter Clare, co-head of U.S. buyouts, the person says.