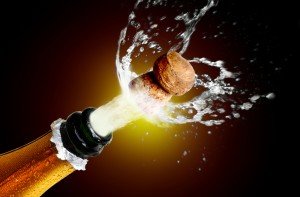 Does a rising tide lift all ships? Listed LBO shops like KKR, Oaktree Capital and Carlyle Group boasted some impressive figures in their annual reports, and had correlating share price to show off as well. peHUB tracks who did what in our slideshow survey of annual earnings reports.

Big Hank Kravis’ LBO shop has posted double digit returns for its public market shareholders since 2013 started. The investment firm has been marking assets up to market, which has translated into stock appreciation. However, for all the good news, KKR reported that its latest North American fund’s LP recruitment process could extend into this year’s second half.
Image Credit: KKR

The Carlyle Group defied expectations since its 2012 IPO, right up until its annual earnings call! The PE IPO with the best trajectory plunged more than 10% at the market open Thursday morning. Deal fees were up substantially in 2012, like other LBO shops: Fee earnings for Carlyle were $170 million in 2012, an increase of 40% from $121 million in 2011. 2012’s fourth quarter factored in for a whopping $55 million in fees. The almighty ENI, however, was down.
Image Credit: The Carlyle Group

Oaktree’s steady, upward bound trajectory wasn’t impeded by its Valentine’s Day earnings call. In fact, shareholders took to the numbers like some of us might to a box of chocolates. Howard Marks said “compelling investment returns” were responsible for record quarterly revenue and distribution.
Image Credit: Oaktree Capital

So, the Blackstone Group hasn’t exactly been on the same stock price run that its contemporaries Carlyle, Oaktree and KKR have enjoyed. “2013 should be a higher year for realizations in general … and 2014 should be another good year. The portfolio that is maturing the fastest and into which there is the best bid to sell, so to speak, is real estate at this point,” Blackstone’s President Tony James said during Blackstone’s call. But he also sold some shares.
Image Credit: Blackstone

Apollo booked one big exit in the fourth quarter en route to a 95 percent rise in quarterly earnings. The listed LBO firm’s shares, which went public in 2011 and spent much of the months that lay ahead underwater, took off in 2013, hitting all-time highs.
Image Credit: Apollo