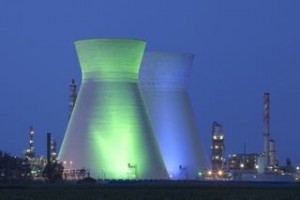 Riverstone Holdings is targeting up to $1 billion for its debut energy credit fund, according to two sources who have heard the fund pitch.

Riverstone held a call recently with limited partners about the fund, though the LPs who talked to peHUB had not yet seen a private placement memorandum for the vehicle. peHUB reported in January on Riverstone’s planning to launch an energy credit fund.

On the call, the firm talked about a target and various terms and strategies for the fund, but these could potentially change once the vehicle is finalized in documents, one of the LPs said.

The fund would target up to $1 billion and charge a 15 percent carried interest rate, according to the LPs. The fund would only have a two-year investment period, potentially representing the opportunistic nature of energy credit in the market, which has been roiled by a collapse in the price of oil.

Management fees will be charged on invested capital rather than committed capital, the LPs said.

It’s not clear what the fund will focus on. One of the LPs said Riverstone mentioned an investment focus on “secondary paper” like high-yield bonds, as well as “injecting fresh capital into new or existing situations.” The fund also may buy energy debt-related assets from financial institutions, the LP said.

Jeffrey Taufield, a spokesman for Riverstone, declined to comment.

Riverstone’s energy credit fund will be managed by the firm’s credit group, which was created last summer when the firm hired Christopher Abbate,Daniel Flannery and Jamie Brodsky to launch the strategy.

In addition to the energy credit fund, the firm is in the market targeting $7.5 billion for its sixth flagship fund. Riverstone closed its fifth fund on $7.7 billion in 2013, its first fund independent from its partnership with Carlyle Group, which began in 2000.

Along with Riverstone, several private equity firms are in the market with funds for energy credit investments, both on the liquid and illiquid side, including Apollo Global Management, Angelo Gordon & Co and Blackstone Group’s GSO Capital Partners.

“You clearly have a number of pools of capital being formed to take advantage of where loans and bonds are trading, backed by energy teams,” one of the LPs said.