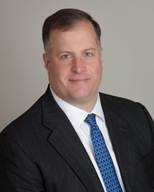 Worldwide Express’s revenue jumped to $550 million from $192 million upon its sale to Quad-C’s Quad-C Partners VIII LP, in August. A call and an email by Buyouts to Quad-C were not returned.

A specialist in logistics and specialty finance deals, Rotunda Capital invested in Dallas-based Worldwide Express in 2009, months after the company’s primary shipping partner, DHL, ceased operations in the U.S. market. Rotunda Capital worked with management to set up a new relationship with United Parcel Service for Worldwide Express, which expanded new freight-shipping services and grew its delivery network to more than 55 carriers. WorldWide Express is now one of the largest authorized re-sellers for UPS.

The Worldwide Express deal marked the second exit this year by Bethesda, Maryland-based Rotunda Capital after the sale of Financial Pacific to Umpqua Holdings.

Rotunda Capital has compiled a list of investors and shops for capital for each deal, while putting up $2 million to $15 million per deal of its own equity, with a sweet spot of $5 million to $10 million. It typically targets returns of 3x to 4x on invested capital.

John Fruehwirth, managing partner at Rotunda Capital who co-founded the firm after working for Allied Capital Corp, said he plans to stick with a deal-by-deal model rather than raising a fund. “We set up a separate vehicle for every deal and we treat investors like limited partners,” Fruehwirth said. “Every deal is unique to itself.”

Fruehwirth said he expects to see more emerging managers moving into the fundless model because it’s often difficult to raise a first fund. “We don’t want to feel there’s a capital commitment clock,” he said. “We may do a majority or a minority deal, but we’re not bound to a time frame or structure. We’re opportunistic.”

While Rotunda Capital traces its debut to 2008, its principals have invested about $2 billion in more than 30 companies since 1998.  Members of the team along with Fruehwirth include partners Dan Lipson, Bob Wickham and Corey Whisner.