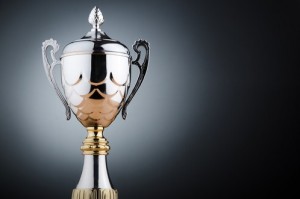 Marzio Pozzuoli, founder and former President and CEO of RuggedCom Inc., has been named the 2013 ‘Entrepreneur of the Year’ by Canada’s Venture Capital & Private Equity Association. Pozzuoli led RuggedCom, a communications networking solutions company, at the time of its Series A financing in 2003, and its initial public offering in 2007. The company was acquired by Siemens AG in 2012 for $440 million, providing its Canadian venture capital investors with a return on capital of approximately 19X and an IRR of over 48%.

TORONTO: The CVCA – Canada’s Venture Capital & Private Equity Association, is pleased to announce that Marzio Pozzuoli, founder and former President and CEO of RuggedCom Inc., is the recipient of CVCA’s 20th Annual ‘Entrepreneur of the Year’ Award.

Established in 1992, the purpose of CVCA’s ‘Entrepreneur of the Year’ Award is to promote, highlight and celebrate the achievements of Canadian entrepreneurs who lead private equity or venture-backed Canadian companies. “The selection process focuses on individuals whose entrepreneurial spirit, drive and success personify the qualities that all venture capital or private equity investors seek to find in their portfolio companies,” said Sandra Bosela, Chair of CVCA’s Awards Committee and Managing Director, OPTrustPrivate Markets Group. “The Committee looks to select exceptional entrepreneurs whocreate wealth, employment and also give back to the community,” added Ms. Bosela.

“Relentless execution, perseverance against adversity and sheer determination to succeed are the core traits of Marzio Pozzuoli,” said Scott MacDonald, Managing Partner of McRock Capital, former RuggedCom Chairman and investor. “Marzio is one of the most successful entrepreneurs in the power utility market. The CVCA could not have selected a more deserving individual for the 2013 Entrepreneur of the Year Award than Marzio Pozzuoli.”

“It’s an honour to be recognized by the CVCA, but the greatest reward was building a truly ‘Made-in-Canada’ company that developed and manufactured products in Canada and sold them to China and India and became a recognized global market leader, ” said Marzio Pozzuoli. “I’m proud to say that on a single round of venture financing, RuggedCom achieved a successful IPO on the TSX and was ultimately acquired by Siemens for over $400 million. Not bad for a company started in a basement in Ontario.”

Marzio Pozzuoli dedicated his career to developing and commercializing products to make the power grid safer, smarter and more efficient, having worked at Multilin, and later as Technology Manager at GE, before starting RuggedCom. Marzio saw that there was a need for rugged communication networks for mission critical applications in harsh environments, such as those found in electric utilities, transportation, industrial and military applications. Confident in his ability to execute, despite being a first time entrepreneur, Marzio left GE in 2001 to found RuggedCom out of his basement in Maple, Ontario bootstrapping it with modest funding from friends and family and by deferring management salaries. RuggedCom had product to market in nine months and began generating revenues shortly thereafter.

RuggedCom completed its first and only venture capital financing round in 2003, raising $4 million. At the time of the Series A financing, RuggedCom’s revenue was approximately $1 million. RuggedCom quickly and cost effectively developed a commercial product that no one could rival. Within 18 months of the venture financing, RuggedCom reached profitability. By 2007, RuggedCom’s revenue had grown by 1,559% to $40 million and it completed a successful IPO on the Toronto Stock Exchange.

RuggedCom continued to achieve success under the leadership of Marzio Pozzuoli. The company delivered 19 consecutive record quarters of revenue growth, all the while maintaining strong profitability. The company was named one of the 50 fastest growing technology companies in Canada by Deloitte’s Technology Fast 50 for six consecutive years between 2006 and 2012. In 2010, RuggedCom was ranked as the global market leader by both Global Data and Arc Advisory Group with over 50% market share for routers and Ethernet switches in the electric power sector.

In 2012, with revenue exceeding $100 million, RuggedCom was acquired by Siemens AG for $440 million. The deal provided venture capital investors with a return on capital in the order of 19x and an IRR of over 48%. Marzio currently serves on the Advisory Board of McRock Capital and is an Entrepreneur-in-Residence at Ryerson University.

Marzio Pozzuoli was honoured at the Gala Evening at CVCA’s 2013 Annual Conference inBanff, Alberta last night, on Thursday May 23, 2013.

Message from CVCA’s President
“I’d like to congratulate our ‘Entrepreneur of the Year’ winner tonight, who has clearly demonstrated all the outstanding qualities the CVCA looks for in this Award” said Peter van der Velden, President of the CVCA and Managing General Partner of Lumira Capital. “Marzio Pozzuoli has not only created exceptional value for all of his stakeholders, but contributed enormously to the community we all live in.”