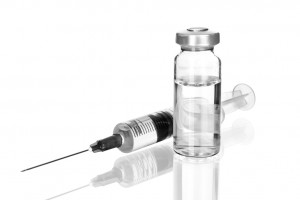 Menlo Park, California-based SafeShot Technologies said it has completed a $6 million financing, adding to the $3 million it closed in late 2012. The medical technology company has also converted from a limited liability corporation to a Delaware C-Corporate, expanded its senior management team and joined the Reprise Technologies Medical Device incubator. The company, founded by Dan Thayer, provides sterile, single-dose, injectable medications in prefilled syringes.

SafeShot Technologies, Inc. (SafeShot) announced today the completion of a $6 million financing in addition to the $3 million closed in the fall of 2012. The Company will use the proceeds to execute its new business strategy aimed at filling the gap in the supply of sterile injectable medications to the medical community.

Compounding pharmacies troubled by quality concerns and product recalls have left hospitals and pharmacies in short supply of much needed medications. SafeShot will address this need by building a highest-quality, fully compliant, syringe filling capability, leveraging its technology and focusing on underserved points of care.

“The quality issues with compounders have been well-publicized and the impact on affected patients can be terrible,” said Dr. Robert W. Beart, MD, Director of SafeShot and world-renowned colorectal surgeon. “But other factors are not as widely understood by the public. Hospitals are facing drug shortages so patients can’t get the meds they need; this issue is heightened as half-full vials are discarded due to reuse concerns. Nursing time and staff resources are used preparing an injection and the process is more susceptible to medication error and contamination than pre-filled medications. These problems can be addressed by SafeShot.”

In parallel with the financing, SafeShot has converted from a Limited Liability Corporation to a Delaware C-Corporation, has expanded its management team and has joined the Reprise Technologies medical device incubator in Menlo Park, California. Reprise was founded by Dr. Frank Litvack and Jeff Shanley, both of whom have a successful track record in medical product innovation and development. Their recent venture was with Conor MedSystems, a combination drug delivery/medical device company that was acquired by Johnson & Johnson. Reprise will provide management and technology expertise to SafeShot. Rounding out the new management team, Jeff Tillack has joined as Chief Operating Officer and John A. Merhige has joined as Chief Commercial Officer. Jeff was previously Vice President Operations at Calibra Medical and Conor, while John joins after Vice President roles at Pluromed and Sanofi.

Commenting on the Company’s progress and new direction, SafeShot founder Dan Thayer said, “The infusion of talent and capital into the Company is energizing. We have game-changing technology and now the resources and skill to fulfill the vision we had when we started. With this team, SafeShot will deliver on its promise to dramatically improve patient safety and reduce risk for caregivers and hospitals.”

SafeShot has relocated its headquarters to Menlo Park, CA.

SafeShot Technologies, Inc. is a medical technology company focused on improving patient and caregiver safety while reducing risk and liability in the healthcare setting. The Company’s technology and manufacturing excellence will make SafeShot a trusted partner to the medical community for the supply of sterile, single-dose, injectable medications in prefilled syringes.