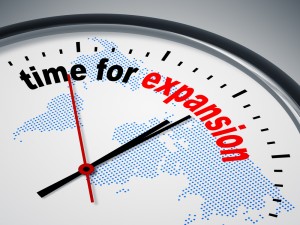 SAP Ventures has more than doubled the size of its HANA fund of fund and expects to shortly close a second venture capital fund larger than its first.

The dual moves represent a substantial expansion of its venture activities.

The HANA Real Time Fund, which kicked off a year ago, will grow to $405 million in size from its initial $155 million, according to Managing Director Nino Marakovic. The expansion will extend the investment period to between seven and 10 years.

Marakovic declined to discuss the organization’s second venture capital fund in detail, but he said SAP Ventures is reaching the end of the investment period of its present $353 million first fund. He said the second fund will be larger than the first.

The organization’s expansion comes at a time when many venture firms face a difficult fundraising environment. However, corporate venture arms are showing new enthusiasm for backing young companies and SAP Ventures is no exception. The organization is something of a hybrid, independent of its corporate parent, but dependent on SAP AG as its sole limited partner.

The HANA fund presently has committed a third of its original capital to a combination of investments with fund managers and directly in portfolio companies. Among the funds being backed are Ron Conway’s SV Angel, August Capital and Data Collective in the United States, Point Nine Capital in Berlin and Magma Venture Partners in Israel.

The announcement of the fund’s expansion is to be made at SAP’s SAPPHIRE conference in Florida on Thursday and was discussed in an interview with peHUB.

He added that the expansion of the HANA fund will enlarge its mandate, too. Along with supporting the use of the HANA database it will support the use of other SAP products, including its mobile products and analytical technology.