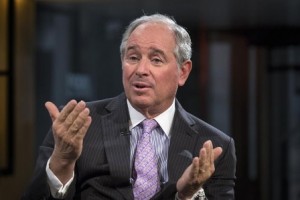 Sovereign wealth funds are an increasingly important funding source for Blackstone Group, even those that have been hammered by the collapse of oil prices, Chief Executive Officer Steve Schwarzman said during the firm’s third quarter earnings call last week.

There are two types of sovereign funds — those related to oil proceeds, and “all else,” Schwarzman said. Funds reliant on oil proceeds have not been growing, which creates a situation where fund managers have to compete for dwindling resources from those funds, he said.

But that doesn’t mean those types of oil-oriented funds are backing away from private equity. “Some of them, interestingly, are significantly increasing their share of alternatives because of its performance characteristics,” Schwarzman said.

Non-oil related funds have not been as dramatically affected by the oil price collapse and are increasingly moving into private equity, Schwarzman said. “It’s business as usual with that group,” he said.

Funds from both categories have expressed interest in creating separate accounts, he said.

“We’re in a number of discussions where they want to very significantly increase their exposure and are talking to us about multibillion-dollar commitments to us as opposed to just commitments to a single fund,” Schwarzman said. “It’s an interesting area, an important area and a growing area for us.”

Sovereign wealth funds, despite having directed a lot of money to private equity in recent years, still have a way to go to get to the level of public pensions and endowments as important funding sources for GPs, Blackstone President Tony James said on the earnings call.

Some oil-related sovereign funds have begun selling assets, according to recent media reports, including those of Norway, with $900 billion in total assets, and Russia. It’s not clear if Middle Eastern sovereign funds like the Abu Dhabi Investment Authority are selling. However, ADIA last year sold a large portfolio of private equity stakes.