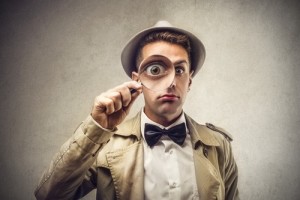 The U.S. SEC is scrutinizing whether limited partners in funds subject to secondary transactions are getting bad deals, according to Igor Rozenblit, co-head of the Private Funds Unit in the SEC’s Office of Compliance Inspections and Examinations.

The SEC wants to know if LPs are being presented with two bad options in so-called stapled secondary transactions, he said Wednesday at the Global Private Equity Conference 2015 in Washington, D.C.

In these types of deals, new investors buy assets out of an existing fund, and provide capital for a new fund – effectively helping a GP raise a new vehicle. Existing LPs in these deals usually get the option to either sell their stake in the old fund, usually at a discount, or roll their interest into the new vehicle.

Generally, these deals require approval of some percentage of the LP base, but Rozenblit said in some cases approval can come from the LP advisory committee.

Is “the manager doing fiduciary duty” by presenting investors with two bad options? Rozenblit asked. The SEC has not previously disclosed its interest in looking at stapled secondary deals.

Stapled secondaries have been on the rise as the overall secondary market has hit record levels of activity. Lumped into the category of “direct” secondary deals, they have become a way for managers unlikely to raise a new vehicle to pull together new capital to keep investing.

Direct secondaries, including GP restructurings and fund recapitalizations, more than doubled to $11.1 billion last year from $5.3 billion in 2013, according to secondary intermediary Setter Capital.

The SEC’s scrutiny of stapled secondaries is part of its broader examination of registered private equity firms, which have turned up various questionable practices around fees and expenses.

In March, the SEC sent a Wells Notice to Fenway Partners letting the firm know it was considering bringing enforcement action against the firm over various issues, including payments made by portfolio companies to Fenway Consulting Services.