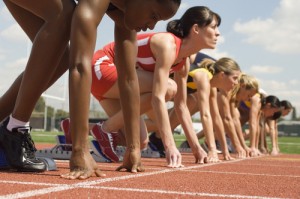 (Reuters) – U.S. regulators on Wednesday lifted a longtime ban on advertising for private securities deals, paving the way for hedge funds, private equity funds and other asset managers to reach new investors through television and the Internet.

The Securities and Exchange Commission’s new advertising rules will be attractive to smaller asset managers that until now have had a hard time competing with bigger competitors to reach institutional investors and wealthy individuals.

Big companies, such as large private equity firms Bain Capital and Blackstone Group LP, could also take advantage of the chance to use television ad campaigns.

The SEC first proposed lifting the ban last year after Congress mandated the change in a 2012 law known as the Jumpstart Our Business Startups Act.

The JOBS Act relaxes securities regulations to help encourage small companies to go public with the idea of boosting the larger economic recovery.

It received wide bipartisan support in Congress, though it has become controversial. Republicans have lamented delays at the SEC in enacting JOBS Act rules. Opponents have said it erodes important investor protections. Those disputes led the proposed SEC rule to languish for nearly a year.

The debate between business interests and consumer groups played out internally at the agency, with Republican commissioners Daniel Gallagher and Troy Paredes advocating for a lift of the ban quickly. Democratic Commissioner Luis Aguilar urged that it be completely rewritten to include measures to keep investors safe.

Aguilar was the sole vote against the measure on Wednesday. “I am disappointed and saddened by the reckless adoption” of the rule, he said. “I want to encourage you to fight on behalf of investors. They will need you now more than ever.”

Although firms will be free to advertise broadly, they will still be allowed to sell only to more sophisticated “accredited investors.”
Accredited investors have an individual income of $200,000 or a net worth of $1 million, excluding the value of their home. That represents roughly 7 percent of U.S. households, or more than 8 million homes, the SEC said.

To ensure they are selling to qualified investors, the SEC said companies should take certain steps, such as reviewing copies of tax forms or receiving confirmations from investors’ brokerage firms.

The rule is set to kick in 60 days after it is published officially in the Federal Register.

SEC Chair Mary Jo White on Wednesday said it was important to move forward with the rule, as required by law.
“In my view, given the explicit language of the JOBS act as well as the statutory deadline … the commission should act without any further delay,” said White, who became the head of the agency in April.

However, she said she takes the views of investor advocates seriously, and the SEC took up two other protective measures.
First, it unanimously adopted a longstanding rule required by the 2010 Dodd-Frank Wall Street reform that would block felons and other law breakers from pitching certain private investment deals.

Investor advocacy groups had urged the SEC to complete the “bad actor” rule before lifting the advertising ban, or else they said convicted felons could try to scam innocent investors on television or the Internet.

The agency also voted 3-2 to issue a new proposal that contains a raft of measures requiring firms offering private placements to make numerous additional disclosures to regulators before they can broadly advertise for it.

Most private placements are typically offered through a “safe harbor” known as Rule 506 of Regulation D, which lets companies raise an unlimited amount of money without having to register their securities. The rules require the companies to file a form with regulators providing some information about the offering, but it does not have to be submitted until after the sale.

Wednesday’s proposal would require any firm using general advertising to file these forms 15 days prior to the general solicitation. They would also have to provide additional details about the company, its website, its advertising and how it will use proceeds from the sale.
White said the proposal would help the SEC collect data on the private market to better monitor for fraud. Its numerous requirements divided the commissioners and both Republican members said they had serious concerns.

“The proposal provides for a regulatory regime that would unduly burden and restrict the capital formation process,” said Commissioner Troy Paredes.

White said she was committed to keeping consideration of the proposal on track.

The SEC’s move to lift the advertising ban immediately drew praise from companies, but was criticized by investor advocates.
Barry Silbert, the head of the online private marketplace SecondMarket, said the measure was “transformative.” He said his company has already developed a general solicitation product that will help issuers handle the regulatory requirements.

Barbara Roper, the investor protection director at the Consumer Federation of America, blasted the rule and said she has concerns about what it means for White’s tenure.

“This is a poor beginning to Chair White’s term as head of the agency, and it sends a disturbing message about the Commission’s likely priorities under her leadership,” she said.

UPDATE: This is an updated version of a shorter story published earlier.