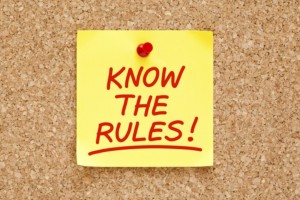 The final version of the Volcker rule to ban banks from gambling with their own money is “significantly different” from the originally proposed version, making its impact on the markets difficult to gauge, a top U.S. securities regulator said on Monday.

Regulators will release the long-awaited final version of the Volcker rule on Tuesday, following two years of consultation over a rule which Wall Street sees as one of the harshest elements of the post-financial crisis crackdown.

“The proposal that went out over two years ago was largely just a series of questions,” U.S. Securities and Exchange Commission Republican member Daniel Gallagher told reporters on the sidelines of an event sponsored by the American Chamber of Commerce in Germany, held in Frankfurt.

“The final rule-making that you’ll see is, I think, significantly different than that proposal, such that it should have been re-proposed so that the public could comment and tell us whether we were getting it right.”

Three of the five regulators involved – the Federal Reserve, the Federal Deposit Insurance Corp and the Commodity Futures Trading Commission – are slated to vote on the final rule at public meetings.

The Office of the Comptroller of the Currency and the SEC will not conduct public meetings. At the SEC, the five commissioners are voting on paper ballots behind closed doors and will release the vote and public statements on Tuesday morning.

Gallagher told reporters he had already cast his vote, but declined to say how he voted. Both he and his Republican SEC colleague Michael Piwowar are widely expected to dissent.

The Volcker rule, required by the 2010 Dodd-Frank Wall Street reform law, would force banks to curb their proprietary trading and significantly scale back their investments in hedge funds and private equity funds.

The measure has proven to be a lightning rod for controversy, with banks fearing it will erode their profits and stifle their ability to hedge market risks and engage in legitimate trading activities like market-making.

Gallagher has been among the vocal critics of the Volcker rule, saying the proposal was flawed and could not be adopted in its current form.

Gallagher’s comments are likely to help fuel Wall Street’s desire to challenge the rule in court after it is released.

Federal laws that govern rulemaking in the U.S. require regulators to re-propose a rule and collect fresh public comments if a final version differs drastically from the one that was first proposed.

Gallagher raised this concern, saying: “My strong guess is that the Volcker rule will be revisited.” He did not elaborate on what such a review would look like.