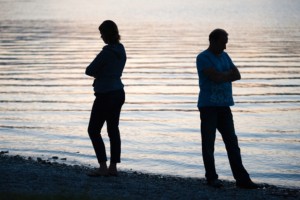 There’s a huge controversy in the private equity secondaries market these days over just how much volume has been transacted. Ok, I might be exaggerating, but as far as controversies go, for the compulsively secretive secondaries market, this one is something like Coke versus Pepsi in the 1980s.

On one side you have Cogent Partners – a firm that has been publishing its estimate of secondaries deal volume since 2005. On the other side you have Setter Capital, a secondary intermediary that started to publish a report about secondary volume last year.

The disagreement is this: Cogent estimated last year that first-half deal volume came in around $7 billion, while Setter pegged it at about $15 billion. Cogent, at the time, maintained that total deal volume could end up at $18 billion to $20 billion. Setter predicted $34 billion.

I’ve attempted to gauge the market to find out which numbers come closer to reality, but opinion is pretty steadily split down the middle. (A speaker at Wharton’s private equity conference Friday cited Cogent’s numbers on stage).

What the studies show me – and it’s what secondary sources have been telling me for a while – is the secondary market is much broader than what many people realize. Or let me try it this way: there is a private equity secondary market that, despite being insulated and secretive, is relatively visible and measureable. This market includes brokered portfolio sales, as well as direct secondaries, GP fund restructurings and spin-offs.

But there also is a shadow secondaries market, consisting of one-off transactions like this: Joe LP decides to sell out of his stake in a small cap GP. The deal is brokered by a placement shop that also does some secondaries work on the side – the interest is transferred and no one ever hears about it. It’s hard to gauge the size of this shadow market, but it is growing, especially as more non-traditional buyers look to pick up specific stakes in their most favorite GPs.

As more buyers enter this market, secondary volume is set to grow. Cogent believes the secondary market could grow by 10 percent this year, breaching the $30 billion volume wall for the first time (if you don’t believe Setter’s numbers). Setter’s survey participants believed first-half deal activity in 2014 would eclipse 2013.

Despite their differences, both sides of this debate, as well as secondary market professionals in general, have girded themselves for an extremely busy year.