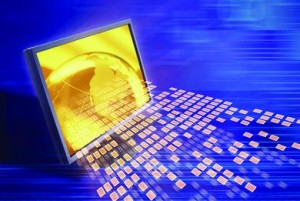 Seraphim Capital, a £30m Enterprise Capital Fund, has led a £2m investment in a Chippenham, UK-based business that specializes in artificial-intelligence software for the telecoms sector.

Aria Networks was founded in October 2005 and is led by one of the founders Tony Fallows to provide telecommunication carriers with an operational support system as they transfer to multi-service next generation networks (NGN) and the convergence of fixed and mobile voice, data, and TV services as they seek to reduce costs.

Mark Boggett, an investment director at Seraphim, said: “Aria is an outstanding investment opportunity. It has a perfect blend of world-class technology and an exceptional management team. The Company has already demonstrated its ability to work with some of the world’s leading telecoms companies. With our help we truly believe that the sky is the limit for Aria.”

The software produced by Aria is called ‘Intelligent Virtual Network Topologies’ (iVNT), and is based on software that more closely models the adaptive nature of the human brain than any other technique currently available. Aria achieves this by competing different artificial-intelligence algorithms – including networks of interconnecting artificial neurons which imitate the properties of the biological neurons in the human brain – to solve complex problems. This approach allows Aria’s software to be self-learning and to continually evolve.

It has already notched up a number of success stories – it was used by the company who mapped the Human Genome and has been employed by a number of pharmaceutical groups including GlaxoSmithKline to investigate complex diseases and as part of their drug development programs.

The company is now pitching its technology to the telecoms sector as the trillion dollar industry undergoes significant changes. Telecoms operators are looking at providing ‘quad-play’ services which comprise of fixed and mobile voice services (including voice calls made over the Internet – known as VOIP), broadband Internet access, and television services over the Internet (known as IPTV or Video On Demand / VOD).

Telecoms infrastructure is currently very limited in its ability to deliver quad-play, so operators are building converged networks – called ‘Next-Generation Networks’ (NGNs). BT is spending over £10bn on its ‘21st-Century Network”. To enable this shift to new networks, operational support systems (OSS) are needed to help plan and operate the NGNs – the OSS market is currently worth US$42bn and is expected to grow by 50% by 2012.