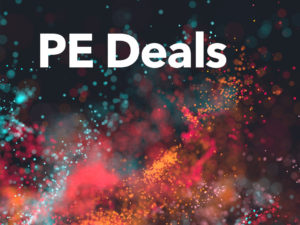 Seven Point Equity Partners closed a process to move its portfolio company RiteScreen into a continuation fund for more time and capital to grow the investment.

The deal, valued at about $120 million, was led by Timber Bay Partners. Seven Point existing LPs and RiteScreen management rolled significant proceeds into the continuation fund. LPs who originally invested in the company in 2014 and chose to sell in the secondary realized a gross multiple on invested capital of more than 10x.

The company’s growth was fueled by market share gains and the robust pace of screen outsourcing by OEMs. The next phase of RiteScreen’s growth is expected to be driven by the continuation of these trends and accelerated by additional initiatives to market screens on an aftermarket basis to small and medium-sized businesses and directly to consumers.

RiteScreen is led by Chief Executive Officer Chris Yankowich, who was previously the CEO of Dreamline, a glass shower door supplier that sold its products primarily through digital marketing channels.

Tom Burchill, Managing Partner of Seven Point, commented, “RiteScreen was Seven Point’s first investment, and the comprehensive transformation of the business since 2014 has led to exceptional returns for our investors to date. We are excited to continue our partnership with RiteScreen and its management team and pursue the attractive growth opportunities available to the Company.” Seven Point Partner Mark Kammert added, “The new continuation fund was capitalized by a group of high-quality limited partners, led by Timber Bay, and included significant support from existing investors, most of whom re-invested proceeds in the new continuation fund.”

As part of the transaction, Nomura Securities International, Inc. provided a senior secured debt facility to refinance the Company’s existing credit facility and fund a portion of the capital required to purchase the interests of selling investors.