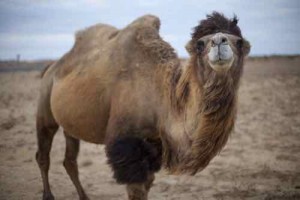 SFW Capital has made a controlling investment in Caron Products & Services, whose laboratory equipment is used in stability testing for everything from complex vaccines (including covid-19 vaccines) to more commonly used pharmaceutical products.

“Whether it’s your Tylenol or cell and gene therapy – each one of those products needs to have a shelf life [so] that they are actually going to be active when they are used. How do you find out? You find out by using one of Caron’s products,” Ahmad Sheikh, partner at Rye, New York’s SFW, told PE Hub in an interview.

SFW intends to accelerate Caron’s historical annual growth rate of about 10 percent in the form of both strategic M&A and inorganic efforts. Caron is led by a seasoned executive team (who came out of Thermo Fisher) and provides proprietary technology with a unique application. But the company has been constrained historically because they didn’t have the capital and resources to supercharge growth, Sheikh said.

New(ish) shop to watch: LightBay Capital may be new to the scene, but the seasoned investors leading the Los Angeles firm are finding opportunity to deploy capital in segments proven successful in a prior lifetime.
The more than three-year-old private equity firm – founded by two former partners of Ares Management private equity – closed an investment in Femwell Group Health, a physician-led women’s healthcare business based in Miami, a source with knowledge of the deal told PE Hub.

The PE firm has an almost decade-old history with the publicly traded Belgium chemicals company, starting with the carve-out of Benvic, a PVC compound business in 2014.

“We have had continuous dialogue with Solvay every year where we looked at the other business they have been selling too,” said Matthias Gundlach, managing director at the firm.

That’s it for today. As always, hit me up with any comments, tips or just to say hello!