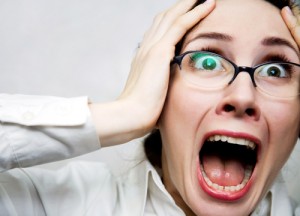 Private-equity firms have generally been conservative when it comes to valuing their portfolio investments—with the exception, no big surprise, of when they’re in the market raising money, according to a new academic paper.

The paper does not directly address how industry practice may have changed following the introduction of the FAS 157 accounting standard in the United States in the late 2000s. However, one of three co-authors, Tim Jenkinson, professor at the Saïd Business School at the University of Oxford, wrote in an e-mail that they did not find a “significant change” in valuation practices after adoption of FAS 157, a centerpiece of which is using fair-value methods to value illiquid assets. However, he pointed out that most of the data used in the study does pre-date the introduction of the standard. “Also, accounting experts tell me that the move towards mark to market has been a gradual evolution … which may explain the lack of a clear impact,” he wrote.

How sponsors value their portfolio companies during their holding periods is of more than just academic interest, of course. In an early 2011 speech, Carlo V. di Florio, a director in the office of compliance inspections and examinations at the Securities and Exchange Commission, said the agency is concerned about how private-equity firms portray their track record during fundraising. “Some of the questions that arise concern the consistency and comparability of valuation methods, disclosure of pricing methodology and disclosure of unrealized performance.”

Over the entire life of a fund, interim valuations understate subsequent distribution values by about 35 percent on average, according to the paper. The valuations also tend to be less volatile than those of public equities although they tend to rise during the fourth quarter (audit time). The “exception to this general conservatism,” the paper found, comes when sponsors have entered the market to raise another fund. “We find that valuations, and reported returns, are inflated during fundraising, with a gradual reversal once the follow-on fund has been closed.”

Interestingly, the paper also found that the return numbers that sponsors present during fundraising “have little power to predict” the eventual performance of the fund. “Our results show that investors should be extremely wary of basing investment decisions on the returns—especially IRRs—of the current fund.”

The paper, dated February 2013, is titled “How Fair are the Valuations of Private Equity Funds?”; it was posted earlier this month on the Web site of the Social Science Research Network. Along with Jenkinson, the authors are Miguel Sousa of the Economics and Management School at the University of Porto and Rüdiger Stucke, research fellow at the Saïd Business School at the University of Oxford.

The authors based their analysis on quarterly valuation and cash flow data from 761 funds, dating back to 1990, backed by the California Public Employees’ Retirement System. The funds, which altogether raised closed to $1 trillion, were earmarked for a variety of investment strategies, including venture capital and buyouts. Get a copy of the paper here: http://ssrn.com/abstract=2229547