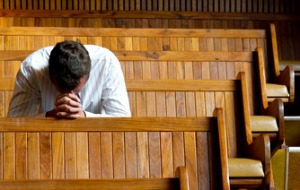 It remains to be seen if e-commerce champion Amazon or social network kingpin Facebook will go forward with rumored plans to develop smartphones. But the idea is enough to make nearly any VC in Silicon Valley salivate.

The transition from Web-based companies and desktops to handset developer and users’ pockets is a timely, extraordinarily costly one. It is almost unthinkable that Mark Zuckerberg or Jeff Bezos could create a viable competitor to the iPhone or Galaxy without not only a multi-billion handset maker buy, but dozens of smaller transactions to incorporate up-and-coming technology, as well as a virtual great wall of patents to protect themselves from their competitors and one another in the courtroom. Many Silicon Valley startups would all of a sudden find themselves at a high premium, at a time when valuations and returns are already heady.

“Either of these companies building a smartphone is going to take billions of dollars’ worth of deals, across years” of M&A, one banking source told peHUB. Still, that source acknowledged, “cost is a big barrier to entry, but it is getting lower.”

That isn’t meant to convey it’s OK to develop a smartphone on the cheap. In fact, under-spending for M&A and R&D may have ultimately been at the root of failure for would-be handset developers like H-P, Research in Motion, Nokia and Microsoft. Each watched weak substitutions for an iPhone flail before frustrated consumers. If either would-be entrant to the device market truly takes the challenge seriously, they’ll have to put a war chest of capital to use—much like Google did in readying its Android platform for a handset partner.

Consider what Google did as it spent years preparing to take on Steve Jobs in a “thermonuclear” smartphone fight to the death—the $200 billion market cap company went on a years-long M&A spree capped off with a mega handset-maker play, just when it had amassed all the parts to take a shot at Apple. The search engine’s plans to go mobile had been foreshadowed for years—and they haven’t even fully come to fruition yet.

Before the deal to acquire Motorola Mobility closed in May, Google spent billions more on the puzzle pieces will one day be framed together by the $12 billion acquisition: Zagat and Dealmap were acquired to factor into location, commerce and recommendations; TxVia is going into the Google Wallet; Clever Sense will be pitted against Apple’s underwhelming Siri and acquisitions like BlindType and Phonetic Arts have gone into developing an improved messaging system. But the list of M&A the company undertook is far lengthier than just this handful of examples—and, no doubt, Google will continue to tack on assets with hopes it will one day overtake Jobs’ legacy.

The burdensome process of transitioning Web-based companies into mobile behemoths may still be a viable one—and, if either listed strategic decides to take on the challenge, it will make for another Facebook-sized windfall around the Bay Area—in bits and pieces of M&A. However, right now, any entrant to the smartphone game still has a long way to go.