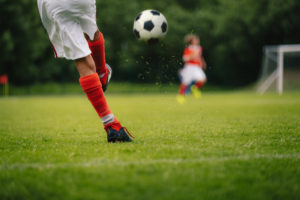 Call for nominees! We’re starting to work on our annual Women in PE feature and we want recommendations from you, Dear Reader, on rock star women in the industry.

We’re mostly interested in women working on the deal side, since that is the area that has traditionally been dominated by men, but we will include women who work in IR and on the LP side as well. Send your recommendations to Chris Witkowsky.

We’ll be featuring 10 mini-profiles of superstar PE women as the March cover story of Buyouts, along with a deep-dive look at the issue. Let us know if you have thoughts on some topics to touch on.

Hooked on sports: Silver Lake is best known in the market as a technology investor. But the Silicon Valley private equity firm is also burnishing its credentials as an investor in sports, something we saw more evidence of this week in a minority deal involving the Australian Professional League.

Silver Lake is taking a 33.3 percent economic and voting interest in APL, which oversees the nation’s men’s and women’s soccer leagues. The deal values the organization at more than $300 million and will give Silver Lake’s managing director Stephen Evans a seat on the board.

The investment will focus on technology enhancements aimed at improving fan experience and developing the sport in Australia, with the growth of the women’s A-League marked out as a key target area, Reuters reported.

PE is gradually building a presence in soccer, the world’s most popular sport. Two years ago, Silver Lake bought a stake worth $500 million in the City Football Group, owner of Premier League champions Manchester City in the UK. And last year, RedBird Capital Partners acquired a majority of the Toulouse Football Club, a French professional soccer club, for an undisclosed sum.

Ares, best known for its credit business, is in talks with Spring Bridge Partners about acquiring the firm, sources said.

Spring Bridge was founded in 2017 by two secondaries veterans and former Coller Capital investment professionals: Sebastien Burdel and Luca Salvato. It focuses on GP-led transactions, spinouts, structured deals involving loans, preferred debt or preferred equity and liquidity to GPs, according to its website.

Spring Bridge has made several deal-by-deal investments with an eye to raising a fund. Its activity includes the 2019 backing of the spinout of Wafra Partners, the direct investment team of Wafra Investment Group, to become Granite Bridge Partners. And this year it led a fund restructuring of legacy assets owned by Brentwood Associates.

Secondaries Investor’s story comes as Coller Capital itself is reportedly exploring options that include a sale of the business.
Big fund stakes deal: Speaking of secondaries, Chris Witkowsky is reporting that HarbourVest Partners was lead investor on a roughly $1.5 billion sale of a portfolio of private equity fund stakes from Public Sector Pension Investment Board.

PSP Investments brought the portfolio to the market earlier in 2021. The deal was intended to move assets off the balance sheet and into an affiliate vehicle to be managed by the pension system’s PE team. It was also envisioned to provide a slug of fresh capital for future funds and coinvesting.