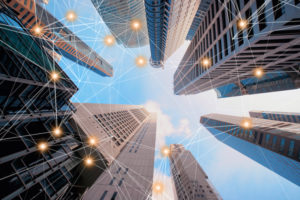 Hope your week is going well.

Snow Phipps acquired Kele in 2015 and completed several add-ons. It expanded the company’s digital platform, transformed its relationship with key suppliers and moved into new geographies and end markets. Read it on PE Hub.

Big one: Silver Lake is expected back with its next flagship fund that could target up to $18 billion. The fund will be led by a new leadership slate the firm put in place at the end of last year. Check out my story on Buyouts.

Supply demand: Something interesting from the secondary market last year: for the first time I can remember, secondary advisers talked about the number of busted deals. This was unusual – secondaries always has some percentage of failed processes, but advisers don’t love talking about them.

The reasons for the failed deals include misalignment between the GP incentives and LPs and secondary buyers, price disagreements, processes that include a required shot of fresh capital into a new fund, a mix of poor quality of assets and, perhaps worst of all, unclear rationale for the deal, the report said.

The rise of failed deals is not so concerning to secondary buyers because it was not an indication of waning interest in the market. Rather, it was a reflection of the capital imbalance currently existing in the market, where the level of supply way outpaces the amount of capital available for deals.

While secondary fundraising has been on the rise, it’s not been able to match the level of inventory on the market. More than ever, LPs use secondaries to manage their portfolios, and a growing number of GPs find ways to deliver liquidity to LPs in older funds while holding on to certain assets longer.

So it’s a big, growing market and there’s not enough capital to deal with all the inventory. GPs with money to spend got much choosier in the second half of 2019, resulting in a market that had robust supply, but not a lot of processes moving to completion.

I’m wondering if the pickiness on the part of secondaries GPs will keep up this year. I’ve heard of some larger deals spending a lot of time on the market, including some single-asset processes.

That’s not to say they won’t get done, GP-led deals take a long time to finish – but if more processes start falling into the fail category, there may be something of a mindset shift happing among buyers in the secondaries market, one that could temper the record-level activity growth we’ve seen in this market over the past few years.