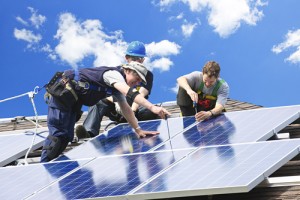 Silver Lake has raised $653.5 million for its Kraftwerk cleantech fund even as it has reined back the fund’s target to $750 million, according to a filing with the Securities and Exchange Commission.

The latest filing, made public Monday, shows the firm continues to find LPs for the fund. In a previous filing from July 2012, Kraftwerk had raised just $302.4 million.

However, news of LP interest in the fund is tempered by its more constrained expectations. The July 2012 filing listed a fund target of $1.25 billion. Monday’s filing shows it has been reduced to the $750 million.

Still, the fundraising success is welcome news for the beleaguered cleantech sector. Money has been tough to come by and deals tough to do in this out-of-favor business. In the most recent second quarter, cleantech venture capital investments were down 61% in dollars, according to the MoneyTree Report.

Silver Lake Kraftwerk’s ability to raise capital has been rumored for some time. But seeing the news in print is likely to encourage investors and entrepreneurs trying to complete financings and raise LP money.

The Kraftwerk fund bills itself as a source of growth capital for companies with established business models in the energy and resources sectors. According to its Website, it targets companies from across the globe that “leverage technology and business model innovation to improve energy efficiency, reduce waste and emissions, harness renewable energy, and more efficiently use natural resources.”

It counts Soros Fund Management as an LP.

Silver Lake did not immediately respond to an e-mail seeking comment. PeHUB will update the story if a response is received.