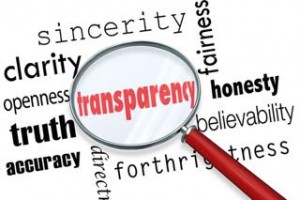 There’s been something of a push in the media to make limited partner agreements public, especially at public institutions. We here at peHUB laid out our own recommendations for certain fund terms that should be always available for public perusal.

These ideas are generally met with consternation, indignation and exasperation by GPs, and even some limited partners have a nuanced view about making these historically confidential contracts public.

Two people who spoke on a panel at Buyouts Texas on Wednesday illustrated the more complicated view institutional investors take on the transparency of the LP contracts.

Both said allowing the public to view LPAs would be a good thing, but Lawrence said he is of two minds on the issue. He understands the public interest in making the contracts public, but he also understands the GP point of view, especially when it comes down to revealing information that is kept confidential for competitive reasons.

The movement, however, seems to be toward more transparency around the LPA, he said.

Another LP on the sidelines of the conference said opening LPAs to public view can help by making terms — including things like fees and expenses — available for everyone to see. The LP compared opening up the LPA to the more intense scrutiny the U.S. Securities and Exchange Commission has directed toward the industry, which he said has exposed questionable practices of which LPs might not have been aware.

Zayac and Lawrence both agreed on the panel LPAs should be made less complicated, especially when it comes to describing waterfall provisions for distributing carried interest.

“Why is the LPA so damn complicated?” Zayac said, specifying contractual language around the ‘waterfall’. The language describing the waterfall is sometimes written in a way that “money is leaking out all over the place” and LPs aren’t aware of it, he said.

“Explain to me like a third grader how this thing works,” he said.