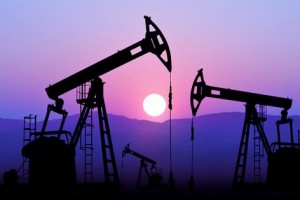 Long Run Exploration Ltd (TSX: LRE), a Canadian intermediate oil and natural gas company, has identified the Chinese buyer in its previously announced acquisition deal as Sinoenergy Investment Corp. Long Run made the announcement while preparing for its meeting of shareholders and debentureholders on February 29, which will vote on the $770 million deal. Calgary-based Long Run has been backed by Canadian private equity firm Sprott Resource Corp since 2009.

CALGARY, ALBERTA–(Marketwired – Feb. 8, 2016) – Long Run Exploration Ltd. (“Long Run” or the “Company”) (TSX:LRE) is pleased to announce that it has mailed an information circular and proxy statement to Long Run securityholders in connection with the special meeting to be held on February 29, 2016 (the “Special Meeting”). At the Special Meeting, Long Run shareholders and debentureholders will be asked to pass a resolution approving the plan of arrangement as initially announced on December 21, 2015 (the “Arrangement”) involving Long Run, Long Run securityholders and Calgary Sinoenergy Investment Corp. (the “Purchaser”). Closing of the arrangement remains on track to occur in April 2016.

Pursuant to the Arrangement, the Purchaser will acquire: (i) all of Long Run’s outstanding common shares (“Long Run Shares”) for cash consideration of $0.52 per Long Run Share; and (ii) all of Long Run’s outstanding 6.40% convertible unsecured subordinated debentures due January 31, 2019 (the “Debentures”) for cash consideration of $750 per $1,000 principal amount of Debentures plus accrued and unpaid interest. Assuming the Arrangement closes on April 30, 2016 and the Debentures are acquired by the Purchaser, the accrued and unpaid interest payable on the Debentures would be approximately $48 per $1,000. This includes the deferred semi-annual interest payment that was payable on February 1, 2016.

After an extensive review of the Company’s strategic and financial options to improve its capital structure, Long Run’s Board of Directors and management believe that pursuing the Arrangement is in the best interest of Long Run and its stakeholders.

In addition to the premiums offered, the Arrangement provides certainty of value and near-term liquidity to Long Run shareholders and debentureholders in a challenging commodity price environment. If the shareholders and debentureholders do not approve the Arrangement, the Purchaser has the right to terminate the Arrangement which would trigger an event of default under Long Run’s credit facilities. The event of default under the credit facilities would allow the bank syndicate to accelerate the repayment of Long Run’s outstanding bank debt of approximately $580 million. If the Arrangement is not completed, Long Run will be significantly challenged to continue as a going concern.

Long Run’s Board of Directors unanimously recommends that shareholders and debentureholders vote in favor of the Arrangement.

Further details can be found in the Company’s February 2016 investor presentation available on Long Run’s website at www.longrunexploration.com. In addition, the Company’s information circular and proxy statement dated January 29, 2016 will be filed on Long Run’s SEDAR profile at www.sedar.com.