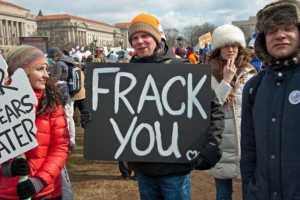 Would you find it odd if a major U.S. pension system completely skipped out on energy private equity funds for the last seven years?

Energy has been at the heart of American economic growth for the past few years, and the United States is likely the largest producer of oil, overtaking Russia and Saudi Arabia, according to recent estimates. Private equity energy managers have taken advantage of that hyper-growth, raising $42.4 billion in 2014 and $45.3 billion in 2013, which were huge jumps from the $29.7 billion raised in 2012.

And yet the $150 billion New York City Retirement System has not committed capital to pure private equity energy funds since 2008.

Why? Because of hydraulic fracturing, aka fracking. In 2008, then-Gov. David Paterson instituted a moratorium on fracking to give the state time to study the health effects of the practice. Critics say fracking – in which water infused with chemicals is shot into shale rock formations, breaking them up and releasing natural gas – allows chemicals to contaminate ground water.

The New York City system has been avoiding making investments with direct exposure to fracking, according to Eric Sumberg, a spokesman for New York City Comptroller Scott Stringer, who oversees the city’s pension system. “We have not committed capital to partnerships whose primary focus is to invest in hydraulic fracking businesses,” Sumberg said in an email.

This is not an outright moratorium on all private equity energy strategies; however, in practice that appears to be what has happened. The last pure private equity energy funds the city’s pensions committed to were First Reserve XII and Riverside/Carlyle Global Energy and Power Fund IV in 2008, based on a review of the portfolios of the city workers’, teachers’, firefighters’, police and board of education pension funds.

The pensions have pledged capital since 2008 to large funds that could have exposure to energy investments, such as Warburg Pincus XI and Apollo Global Management VIII.

The system has interviewed energy managers since 2008 and asked if it could be carved out of any fracking investments, but the managers said no, according to a person with knowledge of the system.

In contrast to the New York City Retirement System, the New York State Common Retirement Fund has continued to make commitments to energy funds. It committed to Apollo Natural Resources Fund in 2012 and two energy co-investments.

One market source I spoke with said it’s strange a big public system would miss out on one of the biggest drivers of economic growth in the country. “You can make a lot of money investing in oil and gas, and if you can have access to any private equity fund in the world and invest in those strategies, of course you’re going to invest,” the person said.

On the other hand, the market source said no smart LP should confine themselves to rigid allocation buckets that must be filled: “‘Here’s a pie chart, and you have to allocate your money according to this pie chart.’ Well, no you don’t. That’s just what the guys with the Ph.D.s and bowties think, but ultimately you have to find a way to generate returns for your specific program.”

Something else to consider: For all the hype, energy private equity funds have not outperformed overall private equity, according to performance data from Pitchbook. Global energy funds generated a 12.01 percent internal rate of return as of June 30, 2014, compared to 17.7 percent for global private equity over a one-year period. Over a three-year period, energy funds produced a 6.20 percent IRR compared to 11.9 percent for global PE, and over five years, energy produced an 8.02 percent IRR compared to global PE’s 14.8 percent IRR, according to June 30 return data from Pitchbook.