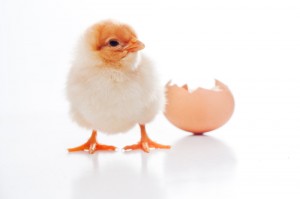 Investors who routinely take a pass on debut buyout funds would readily admit they miss out on the occasional blockbuster. But they may also be missing out on returns that over time consistently beat market averages.

About one in five domestic buyout funds in the Buyouts Magazine returns database, 120, appear to be debut funds—either because their name carries a Roman numeral one or none at all. (We excluded funds pursuing new strategies that were raised by established groups.) The bottom-quartile, median and top-quartile IRRs for these debut funds—3.34 percent, 10.60 percent and 18.62 percent—all beat the comparable figures for the entire set of domestic buyout funds—2.43 percent, 9.40 percent and 16.15 percent.

Judged by investment multiple, the performance of debut funds also looks solid. The bottom-quartile, median and top-quartile investment multiples—1.20x, 1.47x and 1.94x—beat that of the entire set of domestic buyout funds, 1.10x, 1.40x and 1.81x. All told, our performance database includes 591 domestic buyout funds with vintages from 1981 to 2007, with most data current through year-end; the data comes from about two dozen investors that disclose their private-equity data, either on the Web or through public-records requests.

Kelly DePonte, a managing director at placement agency Probitas Partners, estimates that between a quarter and a half of all limited partners avoid debut funds, defined to include both new teams and spin-out teams. To those in the trenches it can seem far lonelier. Terrence Mullen, partner and founder at New York-based Arsenal Capital Partners, said that in raising his debut partnership in the early 2000s he felt as if only a quarter of investors were “really receptive” to first-time funds.

Investors who do avoid them point to their special risks. New teams by definition lack track records to evaluate, while both new teams and spin-out groups must clear high hurdles of raising money, building back offices and agreeing to compensation plans. From a practical standpoint, many LPs lack the bandwidth to assess these risks, even if in theory they’re open to backing debut efforts.

But risks aside, managers of debut funds enjoy advantages over other firms. One is simply their having run the gauntlet of especially discriminating LPs. “By definition you have a highly selective group [of firms] that’s getting a chance to do this,” said Terry Garnett, founder of Garnett & Helfrich Capital, a San Mateo, Calif.-based tech buyout shop that raised a $350 million debut fund in 2005 with backing from Harvard University, Stanford University, HarbourVest Partners and others.

Another advantage: The principals usually have no legacy portfolio companies to manage. That means more time devoted to building and caring for the portfolio. Then there’s the “do-or-die” factor, as Mullen calls it. “If your fund has Roman numeral five after it, does it have to kill it? No. If you’re on fund one, do you have to kill it? Yes.”

At the same time, debut fund managers are often inspired by an unexploited market opportunity. As in any other business, firms that reach new opportunities first can enjoy better pricing and less competition. Garnett & Helfrich has followed the unusual strategy of carving out struggling divisions from technology companies. Rather than buying the businesses outright, the firm typically invests growth capital, taking a controlling stake for itself and leaving a roughly 20 percent minority stake in the hands of the parent. Using this approach the firm as of year-end had a achieved nearly a 3x investment multiple on its debut fund for backer California Public Employees’ Retirement System.

Ten years ago, the Arsenal Capital founders saw a chance to invest in a handful of industries (health care, specialty industrials and financial services) using an operationally intense approach (the firm employs 11 operating partners). At a time when many firms were more hands-off, the strategy stood out. “Debut funds are able to take a fresh perspective and take advantage of changes in the market,” said Mullen.

Arsenal Capital’s first fund got off to a rocky start, losing money on two of its first three deals. But the firm recognized the problems, including having gone too far in the direction of tackling operational complexity. Once it filled out its operating team, and the partners gained more experience, the firm started to click and platforms four through 10 collectively performed well. As of last September, backer University of California showed the fund generating a 1.92x investment multiple and a 20.90 percent IRR.

The firm’s biggest hit from Fund I: Genovique Specialities Corp., an environmentally friendly chemicals company that grew EBITDA from $9 million to $27 million over a four a half year hold period.

On its sale to Eastman Chemicals Co. in 2010, Arsenal Capital had multiplied its $7 million equity investment 12 times. That’s the kind of return any LP can appreciate from a fund, no matter its Roman numeral. Take a spin through our slideshow below to see 5 other top-performing debut buyout funds in our database.

This column originally appeared on the Web site of sister Buyouts Magazine.