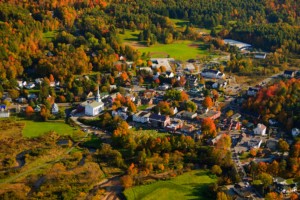 In my perch observing the industry from as close inside as possible, I don’t always take a look outside to see the effects on the places and people where private equity makes its investments.

Occasionally these personal stories leak through, and they can be dramatic.

With that in mind, I’d like to bring you to a small town in Connecticut called Sprague, population somewhere around 3,000, which has had a paper mill since 1866, according to the “History of the Town of Sprague, Connecticut,” written by Dennis Delaney.

Now, just two years after OpenGate Capital purchased the town’s paper mill, the business has shut down, erasing around 145 jobs. The company, called Fusion Paperboard, has not been put into bankruptcy, but has simply ceased to exist, its assets up for grabs, according to Rich Harrelle, president of the local USW union that represented 102 employees at the company. A Sun Capital Partners portfolio company bought some equipment from the company as part of the liquidation process.

Town leaders were shocked at the company’s closure considering it had taken several steps that seemed to indicate a strong future. And no one has gotten any answers from OpenGate. I requested an interview with OpenGate multiple times, but a spokeswoman said the firm had no comment.

OpenGate formed Fusion Paperboard in 2011 after acquiring the Sprague mill then owed by publicly traded Cascades Inc, along with another mill in Kentucky, combining the two businesses to create Fusion Paperboard.

Fusion Paperboard in 2013 received a loan of at least $2 million from Connecticut’s Department of Economic and Community Development. The loan was meant to support repairs to the paper mill, and required the business stay in Connecticut for 10 years as well as hire 20 more people, Harrelle said.

Fusion had been making repayments on the loan, but still owed $1.85 million as of December, according to James Watson, spokesman for the Department of Economic and Community Development. The state is looking at OpenGate, as the last owner of Fusion, to pay the money back, said David Treadwell, another spokesman for the community development agency.

To further add to the mystery, the employee union led by Harrelle had in March 2014 completed negotiations with the company over a six-year employee contract.

“We negotiated for 18 months,” Harrelle said. He filed a complaint with the National Labor Relations Board for unfair labor practices. The status of that complaint is unclear. A spokesperson for the NLRB declined to comment.

At some point, OpenGate presumably made the decision that liquidating the company was smarter than keeping it going. And while that might have been a sound investment choice, for Sprague it represents a heavy blow.

Along with the lost jobs, Fusion’s closure eliminates about $211,000 a year in taxes to Sprague and about $1 million a year in sewer charges paid to Norwich Public Utilities, said Cathy Osten, Sprague’s First Selectman, the equivalent of mayor.

“I don’t like to lose business at all,” Osten said. “We, like other northeastern towns, have lost mills throughout time for a variety of reasons, and all of them have dramatically impacted us.”

It remains to be seen what will happen with the property, which stretches for almost 600 acres from Sprague’s Main Street, along the aptly named Papermill Road and includes 86 acres of ponds, Osten said. Osten has gotten expressions of interest from prospective buyers, including some who would like to continue running a paper mill on the site.

Unfortunately, Osten has not heard from OpenGate. The firm hired Realization Services to manage the liquidation of Fusion Paperboard, Osten said.

The paper business has survived in Sprague throughout all kinds of economic cycles, but it doesn’t look like it’ll survive its stint with private equity. Perhaps no one heeded the sage advice of author Delaney on the future of Sprague’s paper business, words from 1986 that continue to echo today:

“During the years, there have been some interesting moments and some difficult moments – sometimes the road was very rough. Meanwhile, competition has become keener and profit margins have tended to shrink,” Delaney wrote in his history of Sprague. “Fair wages must be paid to labor, as well as to investors for the hire of their money. This calls for enlightened leadership on the part of government, labor and management, if the economic and social benefits inherent in our free enterprise system are to be preserved.”

For her part, Osten isn’t optimistic about the mill making a comeback.

“I don’t think it’ll ever be a paper mill again,” she said.