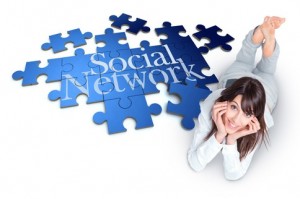 Keek, Inc., a Toronto, Ontario-based social video networking platform, has raised C$18 million in new funding, the company announced. AGF Investments, Pinetree Capital and Plazacorp Ventures led this current round, with Cranson Capital also participating. The company has raised a total of C$30 million since it obtained its first investment from Canadian venture capital funds and other investors in 2011.

Building on a strong presence in the US, UK and Australia, Keek is experiencing explosive growth in Europe, the Middle East and South America with 200,000 new users joining daily. The Keek app recently ranked first overall in five countries, top 10 overall in 15 countries and top 100 overall in more than 70 countries around the world.

While similar social video services have shown a downward trend, Keek has been growing steadily and now has more monthly active users (MAU) on Facebook than all direct competitors combined. Keek users are producing a massive amount of social engagement and original user-generated videos.

“Beyond best-in-class technology, consistent stellar growth and great user experience, the thing that impresses me most is the quality of the team and its ability to execute,” states Sheldon Inwentash, Chairman and CEO of Pinetree Capital Ltd. “Keek has emerged as the leading social video network and is well positioned to translate that into significant revenue streams.”

“The word keek means a short look, a glimpse, a peek and Keek indeed opens a window into other cultures, customs and lifestyles, making the world more accessible in a way only video can,” states Isaac Raichyk, Founder and CEO of Keek Inc. “Twitter convinced the world to embrace a micro-blogging format and Instagram demonstrated that a photo sharing social network could thrive. With 200,000 new users joining daily and millions of user-generated videos posted monthly, Keek is doing the same for social video.”

A significant number of the top users from Instagram and Twitter are actively using Keek to share personal video updates with fans and followers. Kim Kardashian, Kendall Jenner, Adam Lambert, Kylie Jenner, 2 Chainz, Khloe Kardashian and Victoria Justice are accumulating large audiences quickly and are starting to use the service to supplement their existing social media initiatives.

About Keek Keek is a privately held social networking platform that allows users to create 36-second videos (“keeks”) using webcam, iPhone or Android devices and share them with others around the world. Users follow, subscribe and respond to videos with either text comments or video replies (“keekbacks”). Keek is simple to use, extremely fast and 100% free. Keek is a leading app in more than 100 countries and has millions of highly engaged active users.