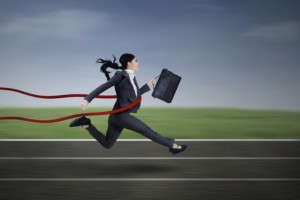 Sofinnova Ventures has closed its ninth fund on its $500 million hard cap, beating its original target of $425 million, the firm announced.

Sofinnova Venture Partners IX LP was in fundraising for about five months, according to a person with knowledge of the process. The firm did not use a placement agent.

VCJ and affiliated website peHUB reported on July 3 that the firm was in the market. The tally of LPs is unknown, but the new fund has received a $35 million from Massachusetts Pension Reserves Investment Management Board, and the Illinois Teachers’ Retirement System also reportedly approved a commitment of $50 million to the fund in June, according to Pensions & Investments.

Sofinnova Ventures has done a good job sticking with its core strategy and maintaining size discipline in its fund sizes, according to Lisa Edgar, a managing director at Top Tier Capital Partners, a San Francisco-based LP in the fund.

“It can be hard to make money in this space, but they’ve been successful in doing that in such a way they had a lot of existing investors come back,” Edgar said.

“We remain committed to working with our collective network to identify and develop important new drugs, build successful companies, and continue to generate significant returns for our investors,” Jim Healy, general partner at Sofinnova, said in the statement.

Fund VII was generating a 1.65x multiple and a 16.9 percent internal rate of return as of March 31, 2014, according to information from the Oregon Public Employees Retirement Fund. Fund VIII was producing a 1.33x multiple, according to Oregon’s information, though the system did not provide an IRR.